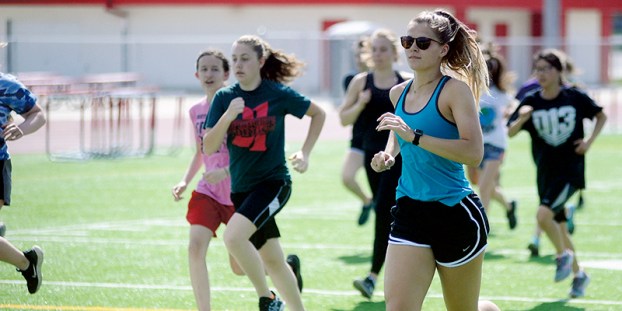 On track for big things: Austin’s Iverson and Johnson have made big progress

With the Section 1AA Track and Field meet just two weeks away, a pair of Austin athletes are starting to see the finish line.

Senior Taige Iverson is looking to make up for a lost opportunity in the hurdles and junior Elijah Johnson is hoping to hit his peak performance in the long jump before the season ends.

Iverson missed out on a golden chance to get to the Minnesota Class AA State Track and Field Meet last season when she came down with strep throat right before section meet. 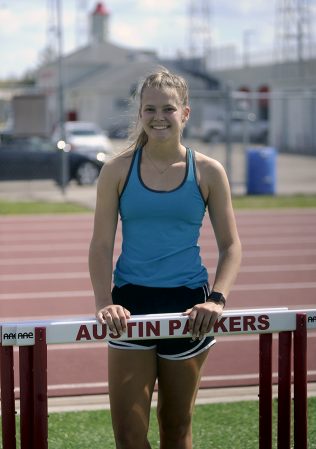 Taige Iverson has made a lot of progress in the hurdles for Austin this season. Rocky Hulne/sports@austindailyherald.com

“My fastest time last year would’ve maybe gotten me to state,” Iverson said. “I really want to get there this year. Last year I was so close, but I wasn’t able to make it.”

“I think the biggest thing is to keep improving. There’s going to be a lot of good runners at sections,” Iverson said. “If I have some good races, then I hopefully will make it to state. That’s what I’m wishing for. I’m going to work hard in the next two weeks.”

Iverson went to the state meet as a spectator in her sophomore season when her teammate and Austin grad Rachel Quandt competed. Iverson learned a lot from running with Quandt and watching her run the state hurdles.

“State is definitely a lot different than what I’ve seen at sections,” Iverson said. “Everyone there is so good. Being able to run with her helped me, because I was able to learn as an insider instead of just from a coach.” 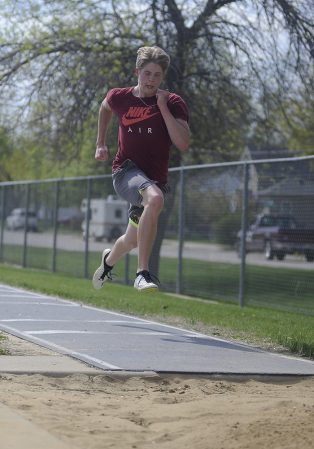 Johnson hit his groove in the long jump half-way through this season and his season’s best distance has been 21 feet, 9.5 inches. He’s been working on avoiding scratches and getting as close as he can to that distance every time he competes.

“It’s been fun to grow with all of the jumpers we have this year. It’s been a really good year,” Johnson said. “I’ve struggled with getting my mark every time. Over the next couple of weeks I’m trying to get that worked out and I’m trying to be more consistent.”

Johnson originally tried sprinting, but last season he decided that wasn’t his thing and he switched his focus to jumps this season. It has paid off for him so far and he’s hoping he will have an even bigger reward at the end of the season.

“At the beginning of the year I wasn’t doing super well and then about halfway through I really started clicking,” Johnson said. “It’s been so much more fun and it’s driven me to try even harder.” 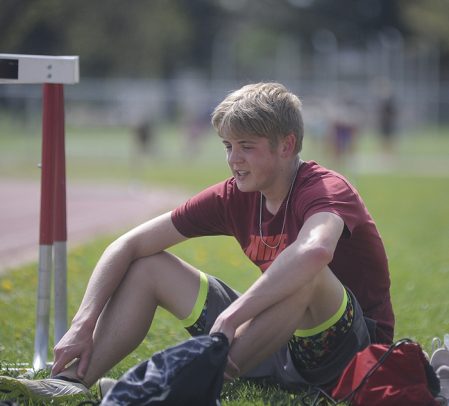