More traveling this summer despite rise in gas prices

The largest seasonal surge in gas prices since 2011 isn’t slowing down travel plans this summer as more Americans are hitting the road than staying home, according to GasBuddy’s 2019 Summer Travel survey.

According to the annual survey, nearly 75 percent of Americans said they will take a road trip this summer, a 16 percent increase from last year, while 38 percent cited high gas prices for impacting their summer travel decisions, nearly the same as 2018’s gas price sentiment.

“For many Americans, this spring has pinched pocketbooks at a dizzying rate, but that still won’t hold back many from hitting the road for the 90 days or so of prime summer weather,” said Patrick DeHaan, head of petroleum analysis at GasBuddy. “While the rise in prices has been steep this spring, perhaps the most important factor is that in many places, gas prices are still well below their all-time highs and perhaps even more importantly, over 50 percent of the nation’s gas stations are selling at $2.99 per gallon or less, and that’s a key ingredient in the recipe for many Americans to hit the road again this summer.”

The increase in motorist’s desire to hit the road comes as the national average has gently fallen after advancing 67 cents per gallon from New Year’s Day to a peak on May 4, the second largest seasonal rise ever behind a 93 cent per gallon surge in 2011 and ahead of last year’s 49 cents per gallon rise.

Gas prices are expected to fall slightly ahead of the holiday weekend, with GasBuddy predicting the national average at $2.83 per gallon on Memorial Day, 14 cents lower than Memorial Day last year, helping motorists spend $287 million less from Thursday to Monday. 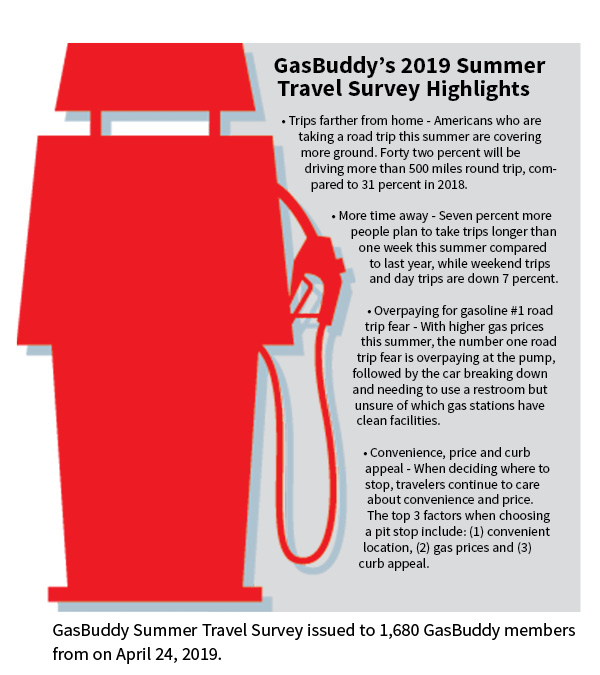