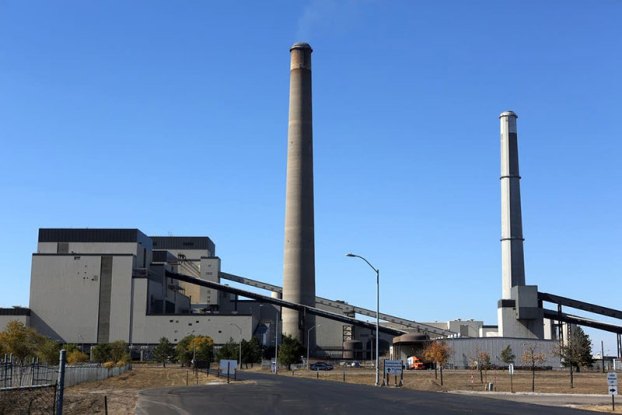 Sherburne County Generation Plant in Becker, Minn., in October 2012. Xcel Energy announced plans to close all of its remaining coal-fired power plants in the state by 2030. Jeffrey Thompson | MPR News 2012

Minnesota is in the midst of a historic transition in the ways it generates electricity.

Today, half of the electricity produced in the state comes from burning coal and natural gas — those greenhouse-gas emitting, climate-change-exacerbating fossil fuels.

But the makeup of Minnesota’s energy pie is changing: Xcel Energy last week announced plans to close all of its remaining coal-fired power plants in the state by 2030 and to increase its solar capacity in the Upper Midwest by 1,400 percent. As the state’s largest electric utility, the move is likely to dramatically change the way Minnesotans get their electricity.

The timeline — which would expedite coal plant closures by about a decade — comes as part of Xcel’s goal to generate all its electricity from carbon-free sources by 2050. The Walz administration announced a similar goal for the state of Minnesota earlier this year, but the proposal failed to pass into law in the legislative session that ended last week.

Emerging goals for 2050 are no accident: That’s the year the United Nations’ climate change panel has identified as the critical point at which net global emissions need to be reduced to zero in order to avoid the most catastrophic impacts of climate change. And it’s about the time when millennials will start reaching retirement age and today’s babies will start having kids of their own.

Fossil fuels: the problem and the solution?

Burning fossil fuels like coal, oil and gas releases carbon dioxide, whose concentration in the atmosphere is at historic levels. Carbon and other greenhouse gases warm up the planet, causing a range of problems: sea level rise, more severe heat waves and changing weather patterns, such as heavier rains and floods.

“The trajectory that we’re on is a very scary one,” said Kevin Lee, an attorney who directs the climate and energy program at the Minnesota Center for Environmental Advocacy. He said Xcel is a big, influential utility — and when it acts, it has the power to change the way other utilities operate.

“It’s difficult to overstate how important that is,” he said. “Possibly the most significant impact of this plan is showing other utilities in Minnesota and elsewhere that this transition is very possible. You know, it’s not a technical or economic obstacle.”

But utilities generally are not going straight from coal to carbon-free sources. First, they’re adding more natural gas to their electricity mix as part of the transition.

So, how is it possible that increasing our use of electricity from natural gas — that carbon-based, greenhouse-gas emitting, climate-change-exacerbating fossil fuel — can help us get closer to minimizing greenhouse gases and moving toward carbon-free energy?

One possibility is to employ carbon capture technology, “which is essentially a scrubber that you put on the end of a smokestack,” said Franz Litz, a program consultant with the Great Plains Institute, which coordinated a report last year showing that carbon-free electricity is possible by 2050 in the 15-state regional electricity grid Minnesota is part of.

Carbon capture isn’t a mainstream technology yet, and even if it becomes mainstream, environmentalists point to other emissions associated with natural gas power: Extracting gas and moving it by pipeline also result in emissions.

Xcel sees its nuclear plants as key to the transition to carbon-free electricity by 2050, but questions remain about just how long the old plants can keep running safely and cost-effectively.

Nuclear generates about a quarter of Minnesota’s electricity today, and no increase is expected — Minnesota has a moratorium on building new nuclear plants.

One downside to nuclear energy is it produces toxic waste that has to be stored on site, putting local communities at risk.

Xcel owns both of Minnesota’s ‘70s-era nuclear plants and wants to keep one of them — its plant in Monticello, Minn. — running at least another decade because it provides a reliable supply of carbon-free electricity.

Economics is as important a factor as climate change and reliability for utilities, as they decide how to produce electricity in the future.

“Coal has been losing out,” said Amy Myers Jaffe, a senior fellow for energy and environment at the Council on Foreign Relations.

“And therefore, it makes it hard to get the average person engaged in how the system needs to be changed,” Jaffe said.

In Minnesota, those pushing for more renewable energy include Beth Soholt, executive director of the Clean Grid Alliance. She said the region needs two things: better transmission and policies that open more doors for wind, solar and battery storage.

“I would just urge the utilities to keep listening to their customers and what they’re really wanting. It’s going to push them towards cost effective renewables,” she said.

But some Republican state lawmakers speculated during the latest legislative session that renewable energy will make people’s utility bills go up, even as Xcel has said it can keep electricity rates in check.

And Gov. Tim Walz’s proposal to require 100 percent carbon-free electricity in the state by 2050 did not win support in the Republican-controlled Senate, but advocates for action on climate change say they’ll push again next year.