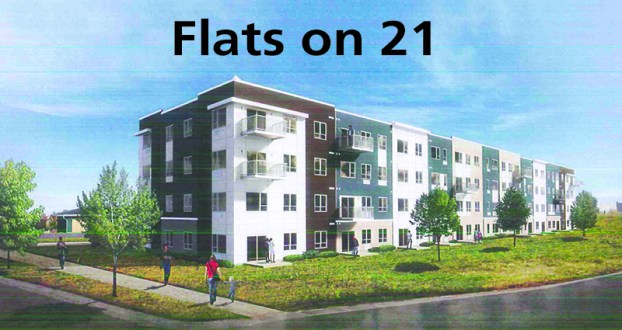 A proposed 82-unit apartment complex to be built in Austin will be required to offer units categorized as “affordable” as part of a loan agreement.

The apartment complex, known as Flats on 21, is a market rate multifamily housing project to be built at 1310 21st Ave. NW, behind Walmart and Runnings.

The project is owned by Stencil Group, which has done similar projects in South Dakota, Rochester and St. Paul. Stencil Group has received tax abatement approval from the city, county and school district.

According to Austin Housing and Redevelopment Authority (HRA) Executive Director Jon Erichson, a condition of the financing package requires Stencil Group to enter into a Declaration of Restrictive Covenant that requires 10 percent of the units (nine total) to be designated as “affordable,” meaning they will be set aside for residents whose income is 60 percent of less of the area’s median income.

The HRA Board of Commissioners approved the Declaration last week. 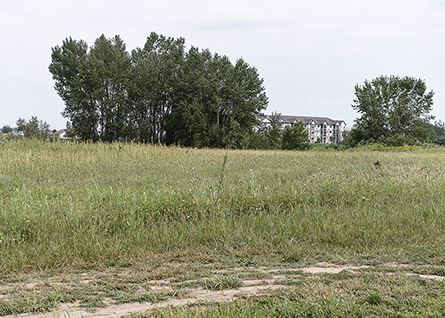 The new 82-apartment complex will go up on this land behind Walmart and adjacent to Village Cooperative. Herald file photo

The most recent housing study conducted by the city showed that about 207 market rate rental units and 53 affordable rental units will be in demand in Austin from 2017-2025.

“The housing study showed a need in both market rate and affordable units so this is a win/win project,” Erichson said.

“This was self imposed, but allows us to receive more favorable financing terms,” he said. “Ten percent will be for people in the community making no more than 60 percent of area median income, which would be a single person making less than roughly $30,000.”

Stencil said the closing date for financing is May 14.

Aside from nine affordable units and 73 market rate units, Flats on 21 will also include 24 garage stalls and 117 surface parking spaces. Planned units are broken down as follows:

Preliminary amenities will include on-site property management, common area TV and social lounge, three fitness areas, a dog park, hammock lounge and grilling stations. Other amenities have yet to be determined.

Stencil Group initially hoped to have units available to the public by Fall 2019; however, because construction has not begun, Stencil said the projected opening date is now Spring 2020