Science is one step closer to eliminating cancer growth in the liver, whether from primary liver cancer or from metastatic tumors from cancers in other areas of the body, thanks to new research published by Dr. Ningling Kang, head of the Tumor Microenvironment and Metastasis lab at The Hormel Institute, University of Minnesota.

The newly-published article in Hepatology, entitled “P300 Acetyltransferase is a Cytoplasm-to-Nucleus Shuttle for SMAD2/3 and TAZ Nuclear Transport in TGFβ- stimulated Hepatic Stellate Cells,” describes the importance of a protein that helps make the liver a good environment for tumor growth.

Tumor nodules are similar to organs consisting of multiple cell types and proteins. In tumors growing in the liver, cancer cells communicate with hepatic stellate cells, which are liver-resident cells. 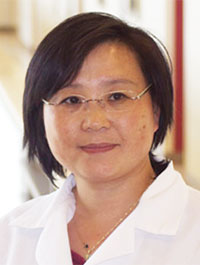 “Hepatic stellate cells create a microenvironment that helps cancer cells to implant and grow in the liver. Our new finding supports p300 as a promising target to block cancer/liver communications and cancer growth in the liver,” Kang said in a press release.

Liver cancer rates have increased in recent years, with the number of new cases tripling since 1980. Liver metastases are cancers that have spread to the liver from another place in the body. Almost any cancer can metastasize in the liver. In the United States, liver metastasis is more common than primary liver cancer and is a major cause of death of cancer patients.

Kang’s article was written in collaboration with researchers from Mayo Clinic, 1st Affiliated Hospital of Xi’an Jiaotong University, 6th Affiliated Hospital of Guangzhou Medical University, and Zhejinag provincial People’s Hospital in China, along with researchers in Kang’s lab at The Hormel Institute and Dr. Rendong Yang, leader of the Cancer Genomics lab at The Hormel Institute, and his lab.