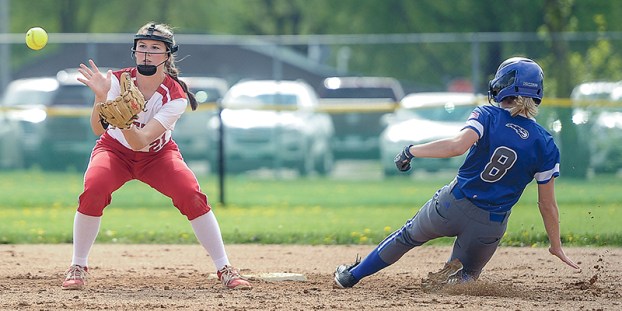 KoMets hold down Packers in an elimination game

The No. 5 seeded Austin softball team suffered a power outage as the Packers managed just one hit in a 4-0 loss to No. 3 Kasson-Mantorville in a Section 1AAA Tournament elimination game in Todd Park Friday.

Austin (4-16 overall) had just two base runners in the loss as KM’s Emma Simons kept the Packers off balance at the plate. 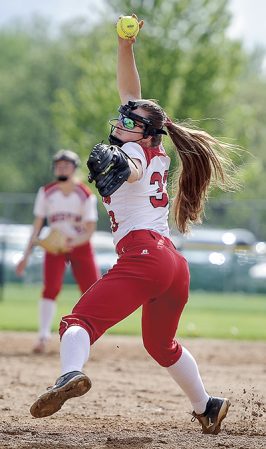 Jaeda Bekaert in the circle against Kasson-Mantorville in the Section 1AAA Tournament Friday night at Todd Park. Eric Johnson/photodesk@austindailyherald.com

“I think a big part of it was nerves,” Austin head coach Lisa Lage said. “Their pitcher is good, but we just need to work on our pitch selection a bit more. By the time we were connecting with the ball, the ball was already halfway through the plate instead of meeting it out in front like we’ve been working on all year.”

The KoMets (17-7 overall) seized a 1-0 lead in the bottom of the fourth inning when Simons tripled and scored on an Austin fielding error. Hayley Murphy singled in a run for KM in the fifth and Malia Schubert blooped a single to score two runs with two outs in the sixth.

Leslie Rodriguez had a pinch-hit single to lead off the sixth for Austin, but the Packers couldn’t knock her in. 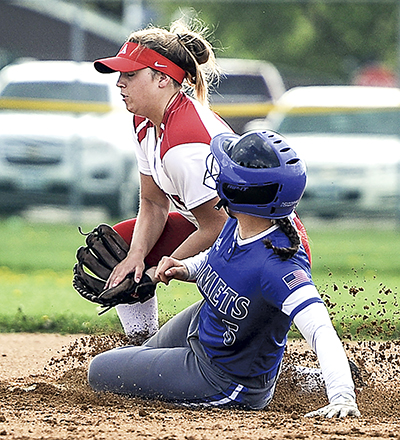 Austin ends the season on a 12-game losing streak.

“It’s hard to be in an elimination game,” Lage said. “You always have the ‘what-ifs’ and this could be the last game. I think we just didn’t have our heads in there the way that we know that we can. The seniors played well though and we’ve got to look back on the season, think about the positives and think about how you’re going to build for the upcoming season.” 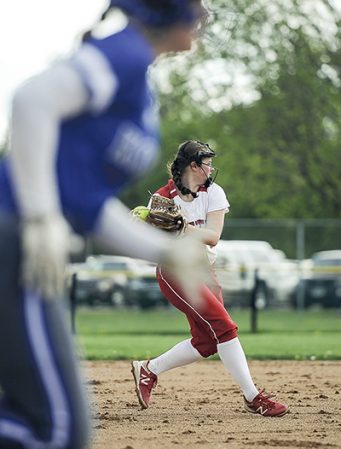