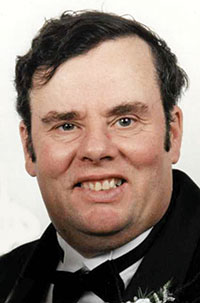 Jim was born on April 16, 1949, in Austin to Earl and Margaret (Mueller) Epley. He grew up in Austin and graduated from Pacelli High School in 1967. He then went on to attend Austin Community College for one year. On Sept. 16, 1978, Jim married Cheryl Andrews at St. Olaf Lutheran Church in Austin. Jim worked at Hormel Foods for over 41 years, but what he enjoyed most was farming with his brothers. He collected toy tractors, trucks and NASCAR. Jim also enjoyed gardening, traveling to Colorado to see his family, and loved to go to Walt Disney World in Florida. Jim was well loved and will be missed greatly by all who knew and loved him.

A Mass of Christian burial will be held at 1:30 p.m. on Friday, May 17, 2019, at St. Augustine Catholic Church in Austin with Father James Steffes officiating. Visitation will be held from 4-8 p.m. on Thursday, May 16, 2019, at Worlein Funeral Home in Austin, with a rosary service to follow at 7:45 p.m. Visitation will continue for one hour prior to the service on Friday at the church. Interment will be in Calvary Cemetery in Austin. Memorials can be directed to the family. Worlein Funeral Home of Austin is assisting the family with arrangements. Condolences may be expressed to the family online at www.worlein.com.