Harold Dean Wilson, 79, of Joplin, Missouri, passed away Thursday May 23, 2019, at his home after a brief battle with cancer. 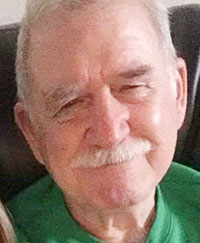 Harold was born in Cerro Gordo County, Iowa, and grew up on the family farm outside Elkton, Minnesota. After graduating from Elkton High School, Harold joined the U.S. Navy and worked as a hospital corpsman at Great Lakes Naval Base. It was during his service in the Navy that he met and married the love of his life, Carol Greenlee. They were married in 1960 and raised four children while living in various states throughout the Midwest.

Harold was never one to sit still if there was work to be done, a work ethic he passed to his kids. He worked a number of jobs in a number of trades, from retail store manager to deputy sheriff to trucker to farmer. He gave his all to everything he did and he did it all well. His sense of humor and quick wit will be missed by all who knew him.

A private family celebration of life will be held at a later date.

SEMA Equipment has announced the opening of their new state-of-the-art location in Grand Meadow in June. The first day of... read more