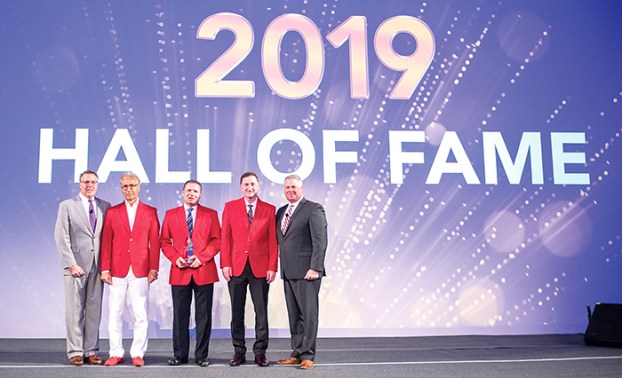 Allweather Roof, that has a location in Austin, was recently awarded several awards at the Master Contractor Event held earlier this year. Photo provided

This was the 32nd consecutive year that Allweather Roof, founded in 1925, has received elite recognition from Firestone, a leading manufacturer and supplier of trusted roofing and building envelope solutions.

Allweather Roof has doubled in size over the last seven years while keeping a small-town family feel. The company earned these honors for its 2018 business excellence during this year’s event, which was attended by more than 175 Firestone contractors from around the world:

Best of the Best; Firestone Inner Circle of Quality (27th consecutive year): Allweather Roof was one of only two North American companies to receive this honor, which it earned for installing at least four warranted roofs in 2013 and eight warranted roofs each year thereafter, maintaining at least two million square feet of Firestone roofs under warranty and achieving a preferred annual Quality Incidence Rating.

Harvey Award for Architectural Excellence: Allweather won this award for an adhered 60 mil TPO roof project installed on the JJ Taylor Distribution Center in Minneapolis, MN. The project totaled 539,200 square feet, the equivalent to about 10 football fields or 12 acres and was one of only four 2018 roofing projects completed in North America to receive a ‘Harvey’.

Firestone Hall of Fame: Allweather Roof was one of three inductees to the Firestone Building Products Master Contractor Hall of Fame, a distinction that has been bestowed on only 19 roofers in North America. Allweather Roof is one of two roofing contractors in the state of Minnesota to have earned this achievement.

The nearly sold out King’s Woods Dinner at the Hormel Historic Home on Saturday night was a wonderful evening of... read more