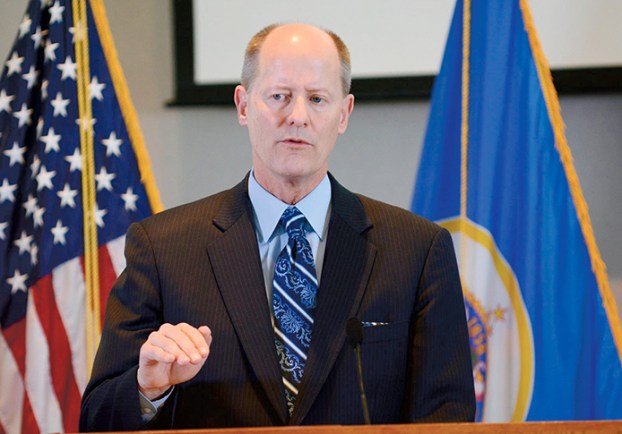 This is the time of year when negotiation metaphors are abundant at the Capitol.

“We’re all lining up on a football field and now we’re ready to hike the ball, and two sides come together,” said Republican Senate Majority Leader Paul Gazelka.

“This is like the beginning of the fourth quarter. And you know the last two and half minutes of the game really take the longest part of the whole game. We haven’t gotten to the two-minute warning yet,” said DFL House Speaker Melissa Hortman.

While the two legislative leaders both framed the session’s finale in sports images, their teams are on separate fields when it comes to building a new state budget.

Billions of dollars and scores of conflicting priorities stand between them and an agreement.

Oh, and there’s one more big player in the mix — first-year Gov. Tim Walz, a Democrat and, as fate would have it, a former prep football coach. He says he stands ready to cut a deal.

Let’s start with the big picture: The House-approved budget checks in at $49.8 billion in spending from the general treasury.

Either way, that’s a big step up from the $45.5 billion being spent in the current budget, which expires after June.

Dig a bit deeper and the differences are magnified.

That’s true, but also pretty much always the case from one budget to the next.

The bill contains back-to-back half-percent increase in the allowances that schools get for each student.

And as Rep. Jim Davnie, DFL-Minneapolis, laid out, it’s shy of what’s in the House bill: a 3 percent increase in that formula that coming school year and an additional 2 percent the following year.

All told, the House plan has $680 million more for schools the next two years.

Up and down the budget, the House has a bigger bottom line. But the DFL majority there also relies on higher taxes.

There’s a phased-in gas tax increase eventually reaching 20 cents per gallon, an extension of the 2 percent tax on medical providers that is set to end this year and various business tax changes. They’re consistent with Walz initiatives.

None of those is included in the Senate’s budget. But Republicans are banking on saving money on health care by reducing benefits and cracking down on fraud more. Democrats doubt the payoff will live up to expectations.

And there are key differences on social policy within the budget bills. DFLers want to impose new restrictions around guns; Republicans insist they won’t budge. The GOP has new curbs on abortion in mind; Democrats reject those.

Gazelka said both sides are going to have to abandon proposals they hold dear.

“It’s difficult for me. I want to fight for certain things and will,” he said. “But in the end, if one side or the other is not going to give, we have to pass a two-year budget. That’s our responsibility. We’re going to keep our eye on the ball. And I’m going to ask the governor and the speaker as well.”

I-90 traffic switch, detour planned between Albert Lea and Petran

Westbound traffic on Interstate 90 between Highway 13 in Albert Lea and Freeborn Co. Rd. 46 near Petran will be... read more