Edwin Alfredo Altamarino, 26, of Rochester was sentenced to 60 months in the Minnesota Correctional Facility in St. Cloud for felony violent felon in possession of firearm ammunition on Thursday in Mower County District Court. He received credit for 208 days served. 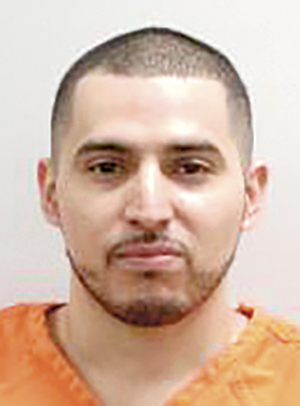 Charges of felony domestic assault by strangulation and misdemeanor giving a false name/date of birth to a peace officer were dismissed.

Court documents state an officer met with a woman who reported that Altamirano had strangled her on Sept. 18, at her residence in the 1000 block of First Avenue Northwest.

The woman said Altamirano pushed her after she tried to remove a bandana he was wearing around his neck, then began to strangle her with both hands. She also said that he punched her several times in the face, leaving her with blood in her nose, before leaving the house.

She advised police that Altamirano was a predatory offender who had listed her residence as his home, even though he did not live there. She also said Altamirano often carried a black handgun in the front of his pants.

Police went to the woman’s residence to follow up on Altamirano because they believed he was out of compliance with Predatory Offender Registration (POR) statutes. They found Altamirano at the residence with the woman and asked him about his whereabouts and the domestic assault report. Altamirano claimed they had “false information.”

Police then obtained a search warrant and Altamirano admitted to having ammunition, police retrieved a box containing 27 rounds of 9mm ammunition.

A review of Altamirano’s criminal history shows a prior conviction for domestic assault, giving a false name to a peace officer, possession of drugs and drug paraphernalia, predatory offender knowingly violating registration requirements and a juvenile disposition for criminal sexual conduct.

A few patient parking spaces will be removed beginning Tuesday at Mayo Clinic Health System in Austin. The removal of... read more