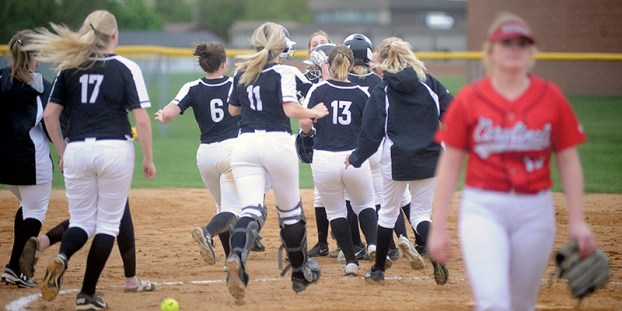 BLOOMING PRAIRIE — Blooming Prairie junior Riauna Bishop threw over 100 pitches with her team’s season on the line, but she made her biggest impact with one swing of the bat as she drilled a two-out, walk-off RBI double to give the No. 3 seeded Awesome Blossoms a 6-5 win in nine innings over No. 6 Faribault Bethlehem Academy in a Section 1A West elimination game Monday.

Bishop had struck out in her first three at bats of the game and she had already been pinch hit for once in the contest. But she came to the plate with a different mindset after Bobbie Bruns had a two-out single and Maren Forystek reached on error to set the table with two outs in the ninth. 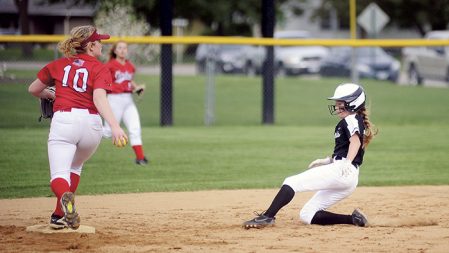 Blooming Prairie’s Macy Lembke slides towards second base as FBA’s Maggie Viland tags the base in BP Monday. Rocky Hulne/sports@austindailyherald.com

Bishop locked in and she drove a pitch to deep left field to score Bruns and give her team the win.

“I still can’t believe it, honestly,” Bishop said. “I was pretty much in my head after my first couple of strikeouts. I went up in that last at bat with a lot of confidence. I know that my team is behind me if I were to make a mistake. I just went all out.”

BP head coach Jenna Volgarino said her squad has been working all season towards an effort like they had against the Cardinals, who had beaten BP 8-4 last week.

“We’ve worked a lot on our physical game, but also our mental game. We’ve talked a lot about grit and really digging in when things get tough. At the beginning of the season, I don’t know if we would’ve had that grit to push through,” Volgarino said. “(Bishop) was down after a couple of strikeouts, but I knew I wanted her to swing away because I just had this feeling that she had something in her.” 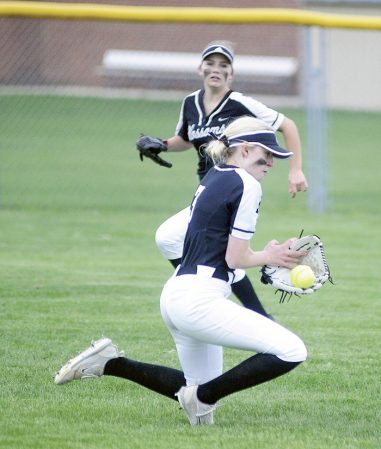 FBA (4-14 overall) took a 5-4 lead in the top of the eighth inning, but BP tied it up at 5-5 when Emily Miller knocked an RBI single to right field. The Cardinals forced extra innings when they scored a pair of unearned runs in the top of the sixth inning.

In the circle, Bishop scattered 10 hits and FBA stranded 15 total runners. Bishop left FBA with the bases loaded in the fifth and sixth innings.

“You have to focus really hard. You really cannot mess up in those situations and it puts a lot of high pressure on you,” Bishop said. “You’ve just got to take a deep breath and have a lot of confidence in yourself and your team.” 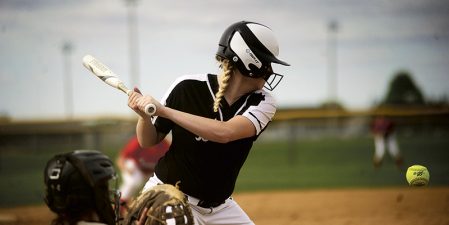 BP scored four runs in the third inning after Forystek, Macy Lembke and Julia Worke all knocked in runs. 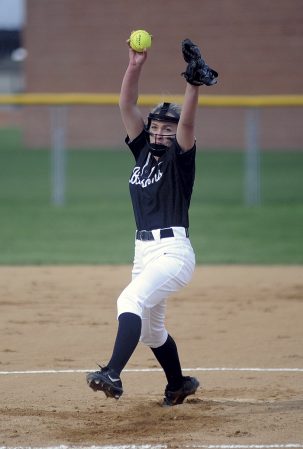