Blossoms top Hayfield to advance to Section 1A Tournament

Blooming Prairie junior pitcher Riauna Bishop has found her groove at the right time of the season.

Bishop went eight strong innings as she picked up just her second shutout of the year as the No. 3 seeded Awesome Blossoms beat No. 2 Hayfield 2-0 in a Section 1A West elimination game in Todd Park Thursday.

BP also beat Hayfield, which had won the last four Section 1A titles, 2-1 on Tuesday and Bishop has allowed just five runs in her last 20 innings in the circle. She pitched well in a 4-0 loss to top-seeded Waterville-Elysian-Morristown and she rebounded to get the win over the Vikings (14-10 overall). 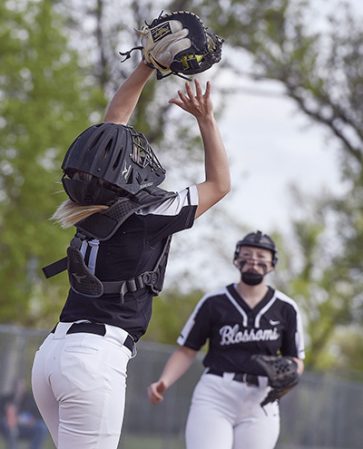 “I basically just rested up, ate some food and I had the mindset that it’s a whole new game and a whole new deal,” Bishop said. “We were still in this if we won this game and I needed to give it my absolute all no matter what it takes, and no matter how tired I was.”

Hayfield’s Caitlyn Hendrickson held the Blossoms scoreless for seven innings before Macy Lembke singled and scored on a one-out RBI double by Marti Snider to make it a 1-0 game.

Bobbie Bruns added a sacrifice fly to put BP up 2-0. 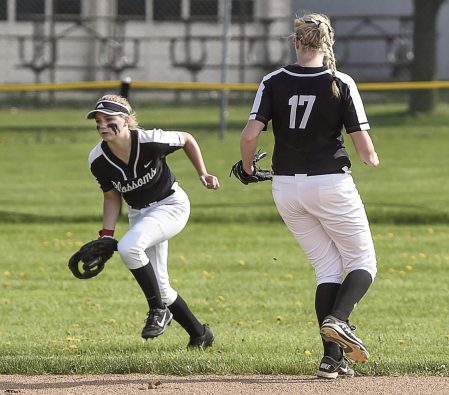 Hayfield had runners on first and second with one out in the bottom of the eighth, but Bishop was was able to escape by forcing a runners’ interference and a line-out. 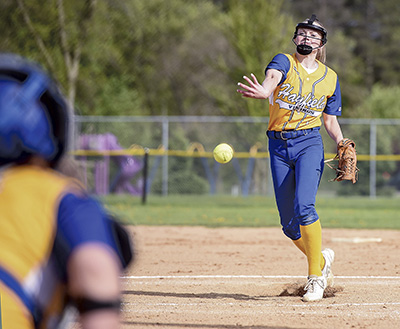 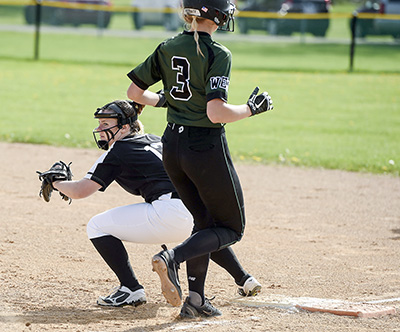