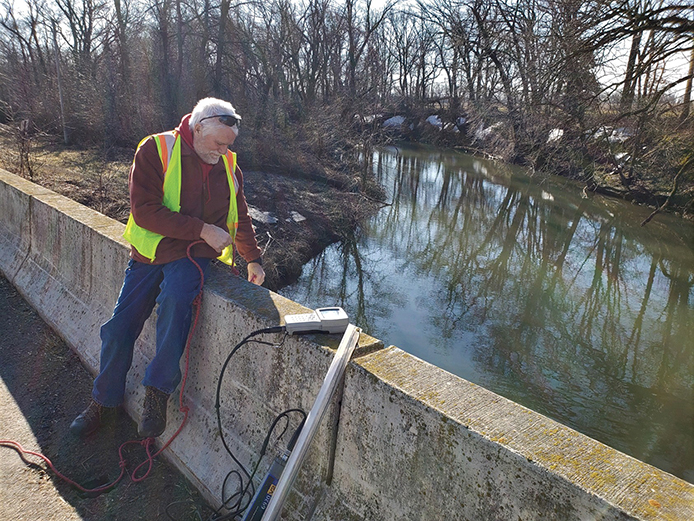 CRWD technician Larry Callahan collecting a water sample in April from the Cedar River, east of Blooming Prairie, during the first sampling run of the year for CRWD's monitoring program. Photo provided

After about an inch of rain fell locally, the Cedar River Watershed District staff headed out Thursday for its second round this year of water-quality monitoring.

Ten sites throughout the Minnesota side of the Cedar River watershed are sampled about 10 times per year by CRWD staff after rainfall and during baseflow when there has not been recent precipitation. 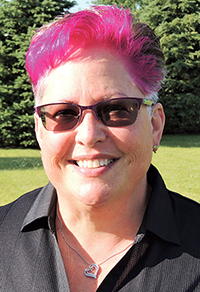 “Monitoring the water is like doing a health check-up; you have to detect the problems before you can prescribe a solution,” said Susan Olson, a CRWD board member and chair of the Cedar River One Watershed, One Plan’s Policy Committee. “These efforts will show problem areas and help us prioritize areas for restoration and protection.”

Complementary to CRWD’s local monitoring, MPCA will add biological monitoring to study the populations of fish and macroinvertebrates (creatures without a backbone like mayflies and dragonflies). This monitoring is part of a statewide effort, funded by the Legacy Amendment, to gauge the health of all 80 major watersheds in Minnesota. MPCA conducts intensive water monitoring every 10 years in each watershed on a rotating basis.

“In Minnesota, we have both chemical and biological water-quality standards for our streams,” said Bill Thompson, MPCA project manager. “We need to understand both in order to track the health of a watershed and river system like the Cedar.”

In 2009, MPCA first conducted intensive water monitoring in the Cedar River watershed. That monitoring showed many water-quality challenges in the watershed, including high levels of sediment that cloud the water and damage stream habitat. High nutrient levels also were present, which leads to poorer water quality.

State agencies and local partners, including CRWD, Soil & Water Conservation Districts (SWCDs) and the City of Austin, used the data to determine the maximum amounts of pollutants that local rivers and lakes can accept and still meet water-quality standards. The partners also used the data to develop strategies to restore and protect water quality of the Cedar River, its tributaries and Geneva Lake, which is the headwaters of Turtle Creek in neighboring Freeborn County.

Created in 2007 in response to record floods, CRWD’s top goals are flood reduction and improved water quality. To date, CRWD has finished nine of 25 projects under its nearly $9 million Capital Improvement Plan for water quality and flooding.

CRWD conducts its monitoring program annually from spring through fall, testing for the following parameters:

• Total suspended solids – soil and other particles that make the water cloudy and fill in stream channels, which in turn makes it hard for fish and other aquatic life to thrive;

• Phosphorus – a nutrient that can cause algae to grow, degrading fish habitat and recreational opportunities;

• Nitrogen – a nutrient that can be toxic to fish and aquatic insects and can make water unhealthy for people to drink;

• Dissolved oxygen – fish and other aquatic life require a certain level to survive; and

• Conductivity – how electrical current passes through the water can detect pollutants like chloride.

MPCA staff will contact landowners to inform them of monitoring efforts and gain permission to sample stations on their property. From mid-June through September, MPCA will sample rivers, streams and ditches for fish, habitat, indicator bacteria and water chemistry, such as temperature, oxygen and nutrients.

In addition to the Cedar this year, MPCA will conduct intensive water monitoring in the Shell Rock and Winnebago watersheds in southern Minnesota, St. Louis River in northeast Minnesota, Buffalo and Upper Red rivers in northwest Minnesota, and Chippewa and Mississippi River-St. Cloud watersheds in central Minnesota.

MPCA also depends on volunteers to monitor the clarity of lakes and streams. See which water resources in the Cedar need citizen volunteers at www.pca.state.mn.us/water/find-site-and-sign.