Albert E. “Bud” Higgins, 86, passed away after a battle with leukemia on Tuesday, May 14, 2019, with family at his bedside at the time of his death.

Bud was born on June 24, 1932, in Clinton, Iowa, to the late Richard C. and Margaret V. (Murphy) Higgins. After Clinton High School, which included an individual Iowa state swimming championship, Bud attended the University of Iowa, where he had a successful swimming career. Following his Bachelor of Arts degree in education at Iowa, he served in the U.S. Army for two years during the Korean War. For the next three years he was an English teacher and swimming coach at Ypsilanti High School in Michigan. During this time, Bud achieved a Masters degree at Eastern Michigan University and met and married Carolyne. 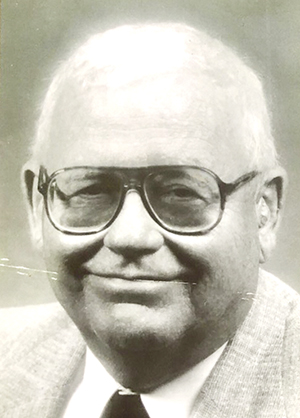 In 1961, Bud was hired as an English teacher and head swimming/diving coach for Austin Central High School. His commitment to swimming led to over 20 years of coaching both the Austin High School and Austin AAU swim teams. Bud was elected into the Austin High School, Minnesota Swimming Coaches Association and Minnesota State Coaches Halls of Fame. He was instrumental in the design and development of both the Ellis School and municipal outdoor swimming pools in Austin, Minnesota. He was extremely humbled in 2013 when the Ellis swimming pool was named after him.

Upon retirement, he was a co-founder of a used and rare bookstore (Higgins Books) in downtown Austin. The book business afforded Bud the opportunity to continue sharing his lifelong love for reading.

At his request, a private family ceremony will be held this summer. In lieu of a memorial or flowers, he wished for family and friends to read a good book, swim an extra lap… or root for the Iowa Hawkeyes.

The family would like to express their deep appreciation and gratitude to the compassionate staff of the Hematology, Primary Care, and Hospice teams at Mayo Clinic, Mayo Clinic Health System in Austin and Homestead/Rochester Rehabilitation and Living Center.