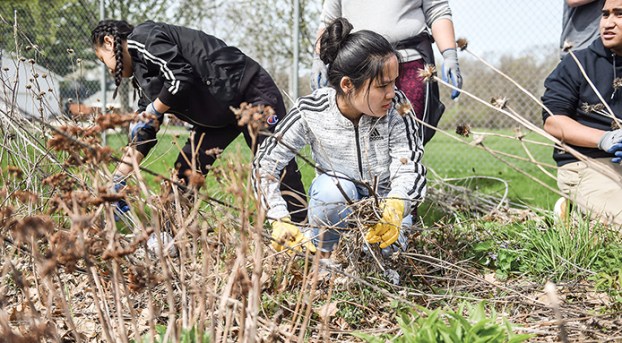 Ushering into the warming season, Austin High School students could be found using their green thumbs on Tuesday morning.

Tucked behind the Hormel Foods Corps. main building was the company’s pollinator garden. The aftermath from this past winter’s harsh storms was evident. Signs were blown over, and dead brown plants covered much of what was left of the garden.

So, around 20 students in grades 9-12 from AHS’ landscaping elective class rolled up their sleeves and worked on clipping the dead stems and measured out their plans to help clean up the area. Eventually, two crab apple trees will be planted near the garden, and there’s hope that the pollinator garden will expand this fall. 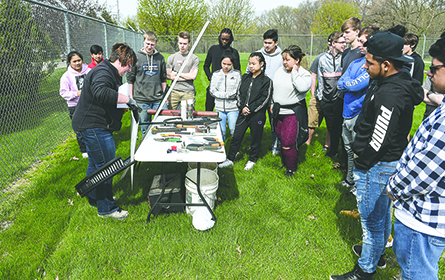 Tuesday’s project was the first time that a youth organization (in this case Austin High School) was invited out to help with the tending of Hormel Foods’ garden. According to Linnay Schweisthal, the agriculture teacher from Austin High School, several employees from Hormel Foods were on the FFA advisory board, and connected with her landscaping class to help with the pollinator garden. For seven years the landscaping class has been offered at the high school as an elective course.

“It’s really hands-on application,” Schwiesthal said. “These students are learning about measuring and positioning of plants. Landscaping has a lot of real application, and this is where the information they learn comes into play. One day they’ll own a home. There’s a lot of practical applications they will carry into adulthood.” 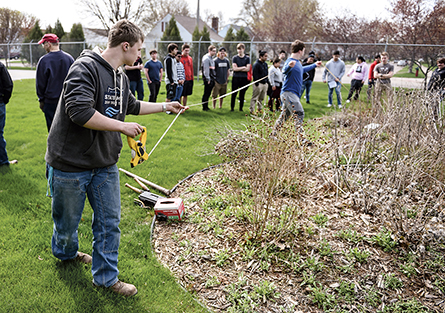 In 2015, the Hormel Farm Agriculture group took the initiative in establishing a pollinator garden on the company’s property. This garden was meant to showcase the impact that pollinators have on agriculture, as well as highlighting educational opportunities for those interested on building their own gardens.

“It initially was installed after a guest speaker came to talk to us about sustainable agriculture and the impact on pollinator habitats,” said Aimee Whiteaker, a spokeswoman for Hormel Foods. “We wanted to encourage employees and educate them, and hopefully this will become a long term thing for our other facilities as well.” 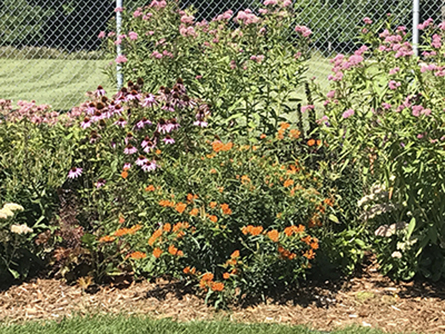 Fully blooming flowers show off what the Hormel pollinator garden will look like later this summer. Photo provided

In 2017, Justin’s subsidiary of Hormel Foods launched a campaign to promote pollinator conservation. According to Justin’s, bees are responsible for one in three bites of food that consumers eat, including almonds and honey. However, honey bees die off at a rate of 44 percent each year. Pollinators such as butterflies, bees, moths, birds and bats are required for about 80 percent of all food crops worldwide.

With the hope to raise additional awareness on the importance of protecting pollinators, Hormel Foods continues the conversation by having the community dig in the dirt.

“The Girls are Gone” by authors Allison Mann and Michael Brodkorb Two girls are abducted from their home. The search... read more