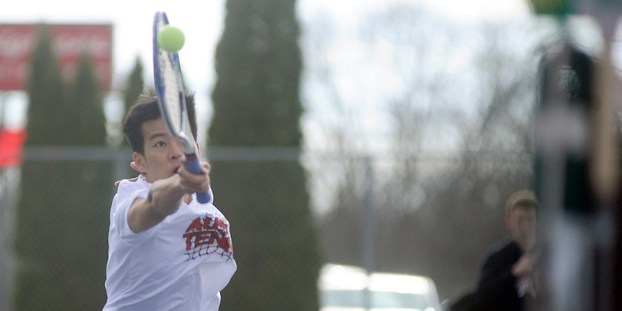 One Austin doubles team showed how much they have learned this season as the Austin boys tennis opened its home schedule with a 7-0 loss to the Panthers at Paulson Courts Monday. 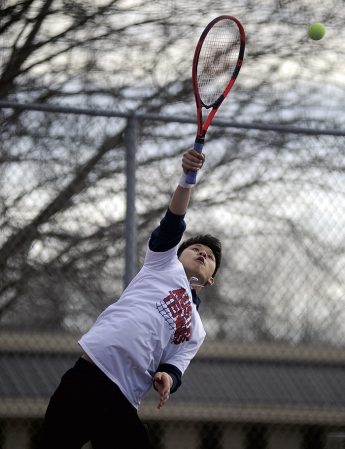 Dominic Apolo rises to make a play on the ball for the Austin boys tennis team at Paulson courts Monday. Rocky Hulne/sports@austindailyherald.com

“I wanted to get back to playing tennis this year,” Apolo said. “It’s fun and it’s a great way to make friends when you’re in a new school.”

Reh and Apolo both play soccer for the Packers as well and they said tennis has proven to be a good way for them to stay ready.

“It helps us train for soccer in the fall,” Reh said. “It keeps us in shape. It’s just nice to be outside playing.”

Austin head coach Jeff Anderson said he likes what Apolo and Reh have done so far on the tennis courts.

“It’s been great. They work really hard and they show up. They’ve got a lot of natural ability,” Anderson said. “Today they pushed a really good team in the second set. They’re going to continue to get better and I’m excited to have them on the team. They have really good chemistry together and they seem to enjoy playing together.”

The Packers (0-3 overall, 0-2 Big Nine) were not able to win any sets against the Panthers. 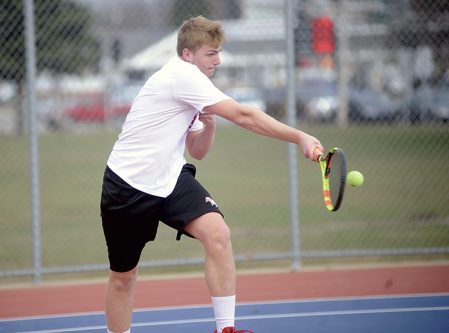 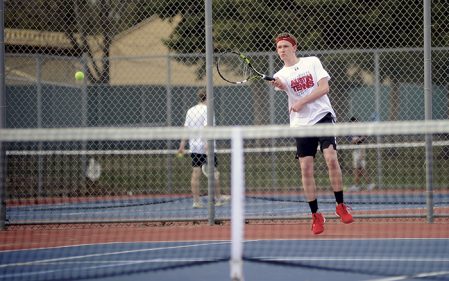 Ryan Walters returns a serve for the Packers in a No. 1 singles match against Rochester Century at Paulson Courts Tuesday. Rocky Hulne/sports@austindailyherald.com