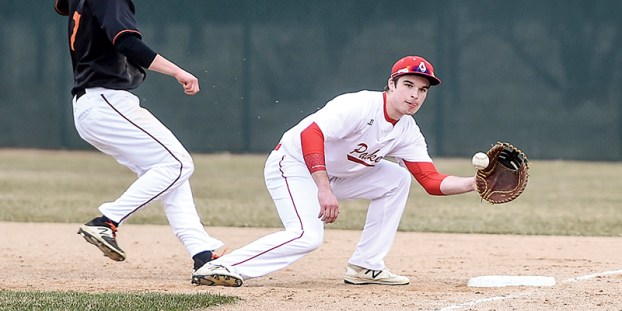 Austin junior Jackson Oehlfke didn’t let a rough start rattle him in his first career varsity pitching start as he helped the Packers pick up an 8-5 win over Winona in Seltz Field Tuesday.

The Winhawks (1-3 overall, 1-1 Big Nine) seized a 3-0 lead when they started the second inning with three straight hits off Oehlfke, but he buckled down and held them in check over the next two innings. Oehlfke struck out three and issued zero walks and he also smacked an RBI double that put Austin (1-1 overall, 1-1 Big Nine) up 7-5 in the sixth. 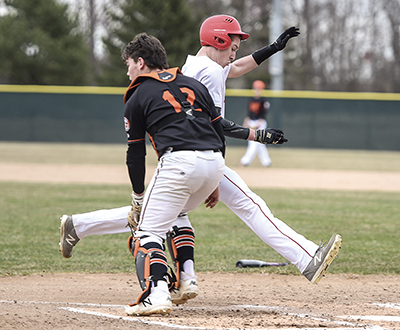 “I was more nervous at the start. I got more comfortable as I set in and I was really feeling the off-speed pitch,” Oehlfke said. “Success comes from experience and we’ve got a lot of new guys. I think we’re going to get better throughout the season.”

Austin took a 5-4 lead in the fourth when Hunter Guyette had a two-out RBI single to make it 4-4 and AJ Mueller had a two out RBI triple to deep center field to give Austin the lead for good.

Mueller went three-for-three with a walk in the win and all of his hits came off of Winona ace Sam Nascak.

“The wind kind of forced us to change our approach,” Mueller said. “We had to go opposite field and right up the middle. I think we did a really good job of that and I don’t think we pulled very many balls. We hit it where we needed to, when we needed to.”

The Packers pulled within 3-2 when Teyghan Hovland tripled in a run in the bottom of the second inning.

Riley Wempner, who didn’t pitch any varsity innings last season, allowed zero earned runs in the last three innings to get the save. Winona was within 6-5 with runners on first and third when Wempner struck out Brody Bittle to end the sixth inning.

Wempner issued just one walk and struck out four.

“The bottom line is we think we’re pretty strong defensively this year and if guys throw strikes, that’s going to keep us in the ball game,” Austin head coach Joe Kroc said. “I thought Jackson got stronger and Riley just came in and threw strikes and mixed pitches. It was a great win for us.” 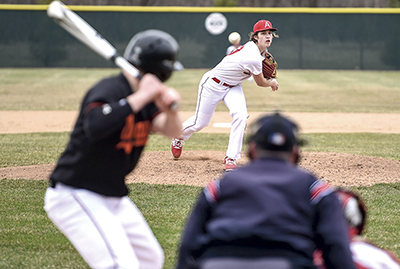 Really? Again? Rain or snow, or something in between, headed our way

Whatever form it takes, this area’s mid-week weather will be — let’s be honest, here — just plain lousy. A... read more