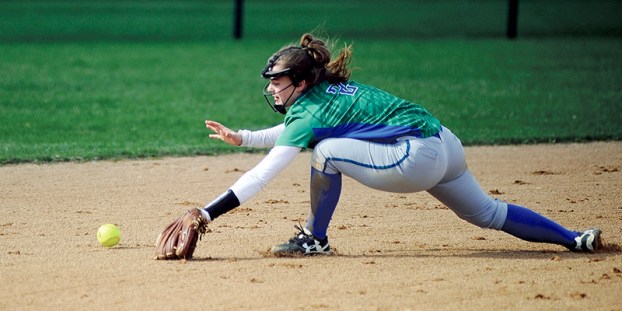 The Lyle-Pacell softball team had a big lift, followed by a shortcoming as it split a doubleheader with Houston in Todd Park Monday.

LP senior Mia Bauer hit a walk-off three-run homer to give the Athletics a 4-1 win in nine innings in game one, but Houston took the nightcap 3-2 in five innings.

Mia’s game-winning blast sailed over the right field fence and it came with runners on first and third with just one out. 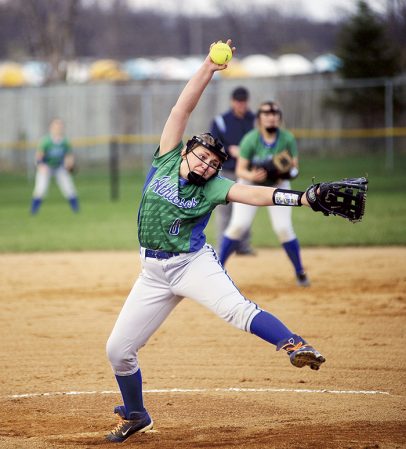 Miranda Arkells fires a pitch for the Lyle-Pacelli softball team in a game one of a doubleheader against Houston at Todd Park Monday. Rocky Hulne/sports@austindailyherald.com

“I went up there thinking I needed a base hit and that’s all I was looking for,” Mia said. “When it I hit it, I felt like it was going out.”

LP (5-5 overall) had four runners thrown out at home in the win over Houston, but the Athletics stayed resilient. Miranda Arkells pitched all nine innings and she limited the Hurricanes (3-4 overall) to just four hits.

LP head coach Lee Bauer, who is the older brother of Mia, said he was glad to see the Athletics pick up their play after struggling to knock in runners all game long. 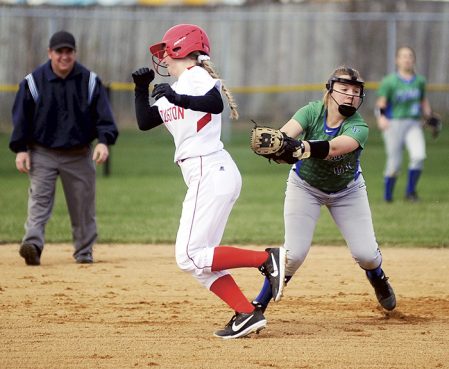 “We never get down in the late innings. It’s fun,” Lee said. “This whole group of girls is fun to be around and they all love softball. Having my sister on the team is just a bonus.”

Mia said she enjoys playing for her older brother.

“It’s pretty cool to end my senior year playing for him,” she said. “When we’re out here, he’s not my brother, he’s just my coach. It took a little while to get used to it, but it’s working now. We’ve been playing together as a team this year and everyone has been there for each other.”

Houston took the lead for good in the second inning of the nightcap when Alyssa Rostad hit a two-out, two-run double and Becca Rostad added a two-out, RBI single.

LP had the bases loaded in the top of the fifth inning, but Whitney Walkup struck out and wasn’t able to extend the game.

After scoring seven runs or more for four straight games, LP has been held under seven runs for four games in a row.

“We’ve got to start attacking the ball more,” Lee said. “It’s hard to work on at bats when we’ve been playing a lot of games and haven’t had a lot of practice time.” 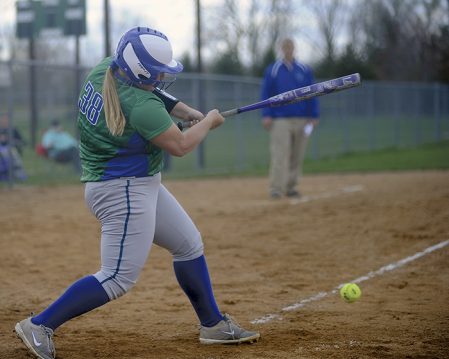 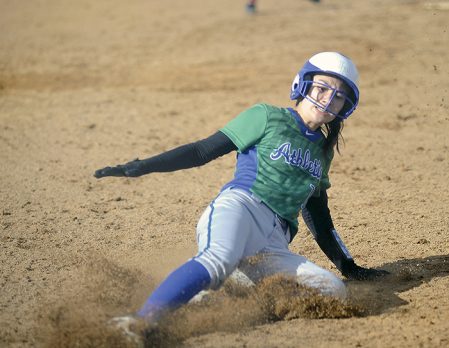 The Hayfield baseball team had just one hit, but it found a way to beat Waterville-Elysian-Morristown (5-4 overall) 2-1 in... read more