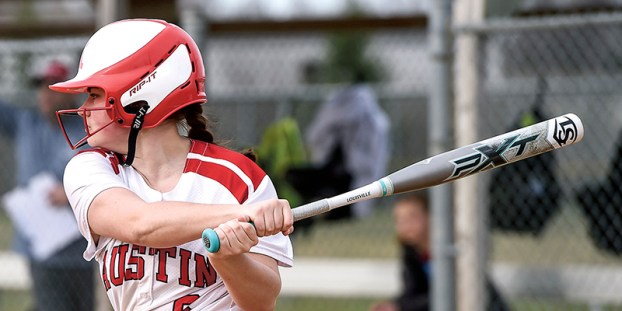 There’s nothing like a little senior leadership to help a freshman along on the stage of varsity sports.

Austin freshman pitcher Jaeda Bekaert has that leader in senior catcher Jenna Braaten as the two worked together for 14 straight innings to help Austin swept Albert Lea by scores of 8-0 and 9-2 in Todd Park Tuesday. 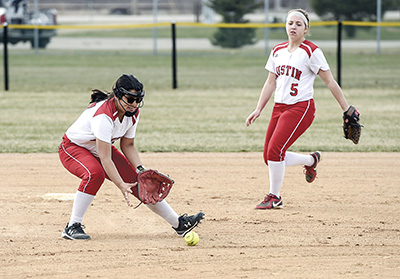 Bekaert finished with 17 strikeouts and allowed a total of just eight hits and two runs on the day. Bekaert, the team’s lone freshman, has leaned on Braaten throughout the season in the circle.

“Jenna’s helped me a lot. She’s helped me get my mental game where it needs to be,” Bekaert said. “All of the girls and coaches have helped me to the point where we can fix our mistakes and continue to play strong.”

Besides being a leader behind the plate, Braaten also picked up her play at the plate as she had a key double in a six-run sixth inning that saw Austin go up 9-2 in the nightcap. Braaten also had a single that kickstarted a two-run fourth inning that saw the Packers (3-4 overall, 1-2 Big Nine) go up 3-2 back-to-back RBIs by Erin Bickler and Alijha Richard.

Braaten said she’s gone out of her way to make Bekaert feel comfortable this spring. 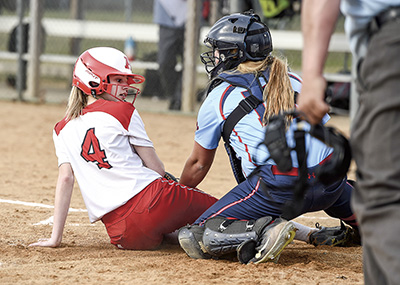 Austin’s Maggie Sullivan slides into home on a play at the plate against Albert Lea Tuesday night at Todd Park. Eric Johnson/photodesk@austindailyherald.com

“It’s hard for her as a freshman to play with all juniors and seniors. I’ve made sure she knows she belongs,” Braaten said. “I think Jaeda’s grown up a lot this year. She’s pitched every one of our games. She’s gotten a lot stronger and she’s been able to keep her speed up throughout the second game. That’s really important. We both listen to each other and we both respect other. We just have to communicate with each other the whole time.”

Austin head coach Lisa Lage was pleased with how her team transitioned from going to the dome to playing outside. The Packers were able to make plays on a consistent basis, despite the change in conditions.

“I was very happy with the way that our defense played being that this is our first home game in Todd Park,” Lage said. “The girls are used to that big bounce in the dome and they were realizing they had to stay down on the ball and move their feet. Our outfielders tracked the ball well outside, which is much different than that dome background.” 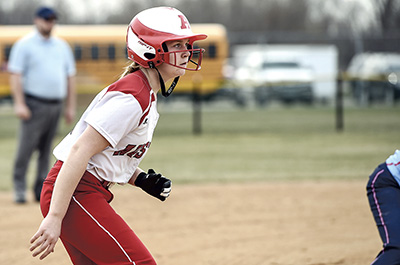 Madisyn Busker looks home from third in the game one against Albert Lea at Todd Park Tuesday. Eric Johnson/photodesk@austindailyherald.com

Despite the spring storm that resulted in the poetry contest readings’ cancellation, the winners still had their moment to shine.... read more