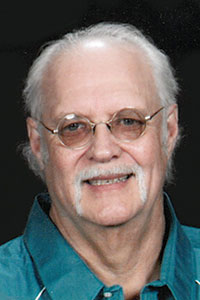 David was born on Jan. 27, 1944, in Breckenridge, Minnesota, to Merle and Myrtle (Johanson) Hatle. He attended Adams High School, graduating in 1962. David was a farmer most of his life, but also worked as a milk hauler and was a cook at Vogels. In 1974, he was united in marriage to Linda Ludwig and they had two daughters, Rhanoda and Rhonda. The couple later divorced. On April 15, 2000, David married Connie Gunderson Tapp at Marshall Lutheran Church in rural, Adams, Minnesota. At this time, David gained a son, Jamie Tapp. In 2003, David retired from farming and the couple resided in Austin. He was a member of Marshall Lutheran Church, Austin Moose Lodge, TOPS, where he was named weight loss king, and he was also an AI technician for Select Sires. David loved camping, animals, bird watching and collecting anything John Deere. He also liked to revamp anything broken and turn it into something he could use and enjoyed listening to Vikings and Twins games while on the phone with his brother, Curt. Most of all, he enjoyed spending time with his family. David will be dearly missed.