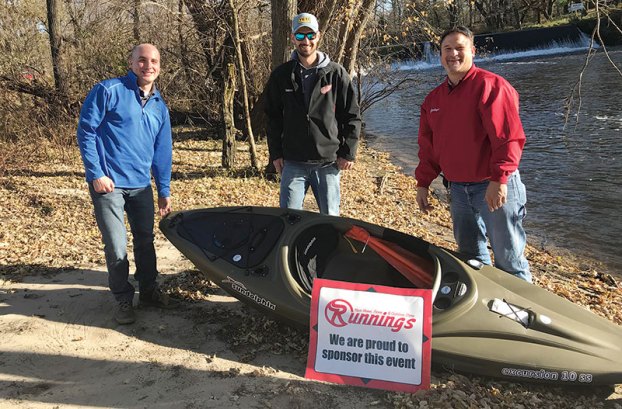 The grand prize for the CRWD’s Cedar Scenes contest is a kayak from Runnings. Photo provided

With an emphasis on getting people out on or near local waters, the weekly Cedar Scenes photo contest returned yesterday for a third season.

Cedar River Watershed District is starting its first of 23 weeks for the contest that will run through Sept. 29, concluding in October with a drawing from all who submitted photos for a free kayak sponsored by the Austin Runnings store.

Cedar Scenes is starting earlier than usual to coincide with the upcoming We Are Water MN statewide traveling exhibit running from April 27 to June 16 at the Jay C. Hormel Nature Center. The CRWD is a co-host of the exhibit.

“Our staff has a great time seeing all the beauty and creativity that comes in through the Cedar Scenes photos, and we also have learned a lot about the watershed in the process,” said Tim Ruzek, CRWD’s outreach coordinator. “With smartphones, it’s really easy to take photos of water scenes when you’re outdoors and send them in.”

In 2018, Cedar Scenes attracted 335 photos of local water-related scenes (an increase of 45 images from the inaugural year in 2017) submitted by 55 individuals (down by four from the prior year). Corey Kreutzbender, who submitted 23 photos for the contest, had his name drawn by Runnings staff for the free kayak.

Cedar Scenes showcases the local waterways within Minnesota, including the Cedar River State Water Trail, Dobbins Creek, Rose Creek and others. This year, CRWD will also accept photos of other waterways outside of its political boundaries if they are in the greater Cedar River Watershed in Minnesota. This includes Turtle Creek and the Little Cedar River.

Cedar Scenes will run weekly (Monday to Sunday) through Sept. 29. To qualify, each photo entered will count as one entry for the kayak drawing in October. Weekly prizes will be about $10 in value, such as Chamber Bucks to use at most local businesses, with the week’s winning photo picked by CRWD staff.

Photos for Cedar Scenes can be new or old but must showcase a water-related scene – with or without people – in the CRWD’s boundaries. Aside from the Cedar River – which includes Austin Mill Pond and Ramsey Mill Pond – other streams that have been photographed for the contest include Dobbins Creek (flows through the Jay C. Hormel Nature Center and is part of East Side Lake), Wolf Creek (Todd Park area), Rose Creek and Orchard Creek.

All photos entered for Cedar Scenes will be shared on CRWD’s Facebook page at www.facebook.com/cedarriverwd and can be used by CRWD for future public uses. Submitted images must be the person’s own photo or have been approved for submission by the photographer. Entries must include the submitter’s name, photo location and date. All ages can participate.

Photos can also be submitted via email to tim.ruzek@mowerswcd.org or by bringing them to the CRWD office at 1408 21st Ave. NW in Austin, behind Runnings.

Weekly winners will be announced on CRWD’s Facebook page with prizes picked up at the CRWD office.

The grand prize winner of the kayak needs to be at least 18 years of age or come with a parent or guardian to get the kayak.

Basketball: Obang’s on a new level

Three years ago Medi Obang was buried on the Austin JV boys basketball team. Now he has an athletic scholarship... read more