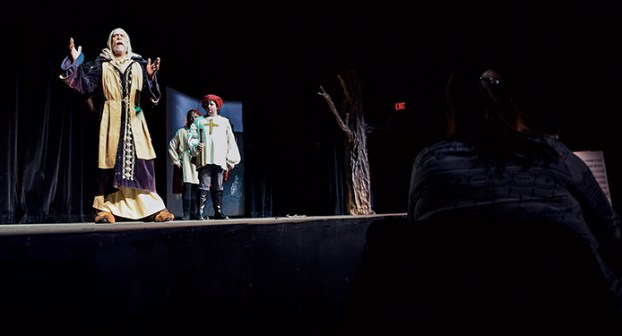 The Riverland Theatre Department will wrap up its 2018-19 season with a little bit of magic.

Starting Thursday night and running through this weekend, Riverland will be presenting its production of the Lerner and Loewe musical, “Camelot,” at Frank W. Bridges Theatre.

The play resembles the story told through “The Once and Future King,” and features all the characters a lover of the King Arthur stories and fables will recognize including King Arthur and Lady Guinevere, Sir Lancelot, Merlin, Mordred and Morgan Le Fey. 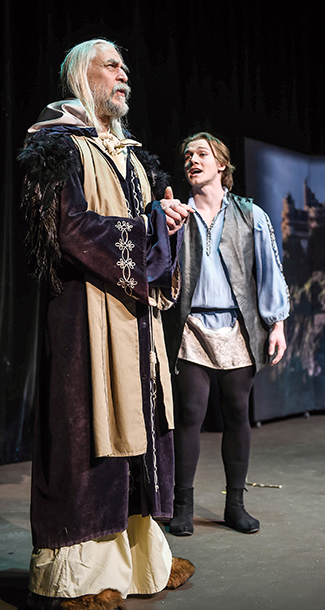 Paul Burger (Merlyn) and Isaiah Damitz (King Arthur) rehearse a scene for the Riverland production of “Camelot,” which starts Thursday.

“I’ve always loved this show,” said director Susan V. Hansen, who has directed all four Riverland plays this season. “I love the legends of Arthur and the knights and Merlin.”

Hansen said “Camelot” hasn’t been performed since 1992 and works well in capping the season as the running theme has involved legends.

But the idea and story of a king that defends his people also lends a certain amount of relevancy to the real world of today.

“It’s not an easy road to travel — to do the right thing,” Hansen said. “It’s always a challenge every day.”

Though the story of Arthur includes a king that believes that might makes right, not just might makes might, the play itself isn’t so full of heady themes.

Instead, the musical takes on a lighter tone throughout.

“It’s a very funny show,” Hansen said. “There’s a lot of humor in it. There’s a lightness to it. It’s not all drama.” 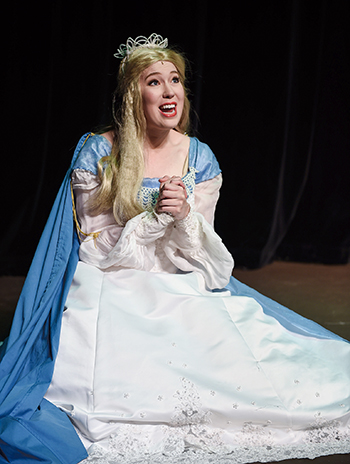 Hansen has put together a strong cast and has been happy with not only how the production of “Camelot” has come together, but the entire season as well.

“We have a wonderful cast,” Hansen said. “The music is thrilling and the leads in the show are just wonderful in their parts.”

“I’ve been thrilled with the season,” she continued. “It’s been a joy to direct all four shows. They turned out the way I hoped they would and I’m thrilled with ‘Camelot.’”

The Austin girls golf team lost its season opener to Rochester Mayo by a score of 429-474 at Austin Country... read more