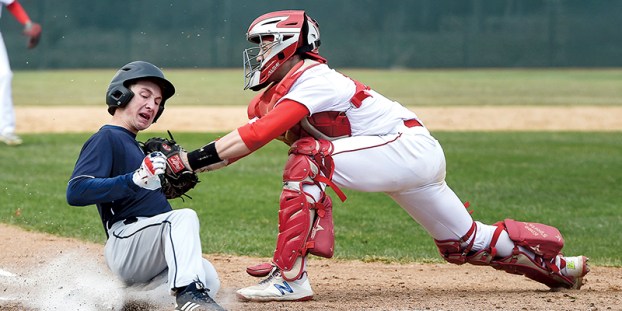 Austin senior Andrew Schumacher used a big throw in the field and a little extra hustle on the base paths to help the Packers scoot past the Rochester Century baseball team 2-1 at Seltz Field Thursday.

Schumacher turned a double play in the top of third inning when he caught a fly ball off the bat of Century’s Mac Horvath and fired home and catcher Hunter Guyette to get the second out of the frame.

In the bottom of the third Schumacher gave Austin a 1-0 lead when he walked and scored from second on a wild pitch.

Schumacher said his big throw was made possible by the support of fellow outfielder Nate Murphy.

“I had Nate in my ear the whole time yelling ‘go for it, go for it!’ He was kind of hyping me up,” Schumacher said. “I was pumped to throw it and that’s the most perfect ball I’ve thrown all year. The adrenaline was pumping.”

While the Packers were held to just two hits in the win, Austin junior pitcher Tony Ciola kept them in the game. Ciola went six and two-thirds innings and he struck out six, while allowing zero earned runs on five hits and two walks.

“With it being cold and the wind blowing straight in, it was a perfect pitcher’s night,” Austin head coach Joe Kroc said. “But he threw strikes, mixed pitches extremely well and he kept the ball down low. Most importantly, he fought his butt off. It was a great overall performance by Tony.”

Century (4-1 overall, 3-1 Big Nine) had to pulled to within 2-1 in the fifth and it had a runner on third when Ciola forced Aidan Merges to ground out to end the inning. It was one of many key pitches thrown by Ciola in the win.

“I was just trying to not let them score. We had really good defense to keep us in it,” Ciola said. “Runs were very valuable in this game and I was glad I could keep them to one. They’re a very good team and it was all about location.”

Kroc was glad see his team come through with a big win after splitting a doubleheader in Albert Lea on Tuesday.

I thought we gave one away in Albert Lea Tuesday and I’m proud of these guys for grinding it out against a very, very good Century team tonight. 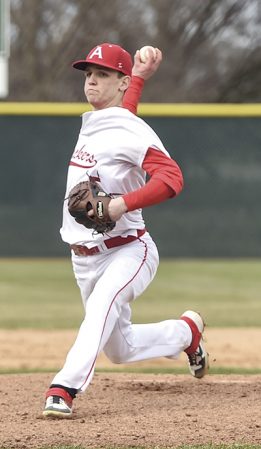 Bauer homers in a win for Lyle-Pacelli