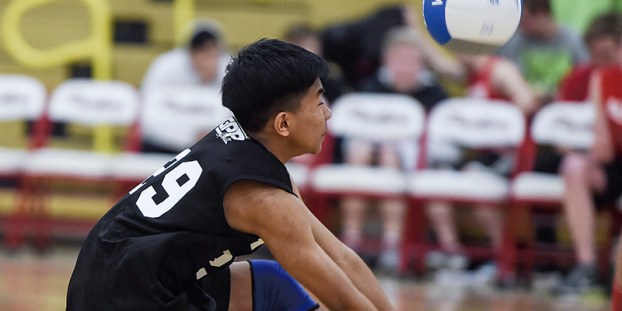 Austin libero Pray Reh comes up with a dig in game one against Eastview Wednesday night in Packer Gym. Eric Johnson/photodesk@austindailyherald.com

The Austin boys volleyball team had to wait a long time to host a home match and the team did not disappoint its hometown fans as it swept Eastview in Packer Gym Wednesday night. 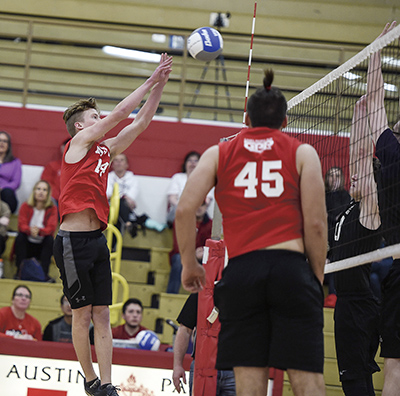 Austin’s Andrew Neitzel dinks the ball over in game one against Eastview Wednesday night in Packer Gym. Eric Johnson/photodesk@austindailyherald.com

“There was a lot of energy out three,” said Andrew Neitzel, who had two kills. “We just came out here and played hard.”

Austin (2-0 overall) cruised in the first game, but the second and third games were more contested. Eastview was as close as 23-21 in the second game and it was within 22-17 in the third game.

“We were serving better in the first game,” said Joel Vargas, who had six set assists. “We played way better in that one and we had great energy.” 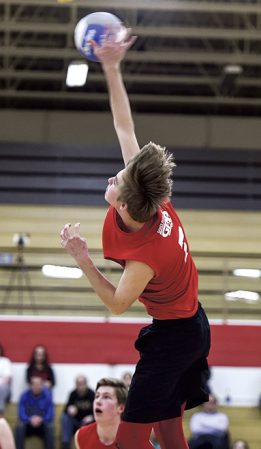 The Packers, who are a club team, have relied on a various group of athletes, including cyclists, soccer players, football players and even swimmers. Pray Reh, who has a soccer background, had seven digs on Wednesday.

The Austin boys volleyball program has grown over the past few years and most of its past matches have been played in the twin cities.

“We’ve got some new kids and the JV team has a lot of new kids,” Vargas said. “It’s good to see different people involved.” 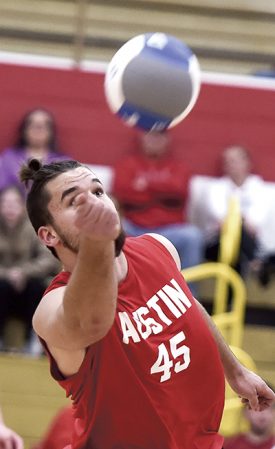 Austin’s Oliver Andersen puts eye on the ball in game one against Eastview Wednesday night at Packer Gym. Eric Johnson/photodesk@austindailyherald.com 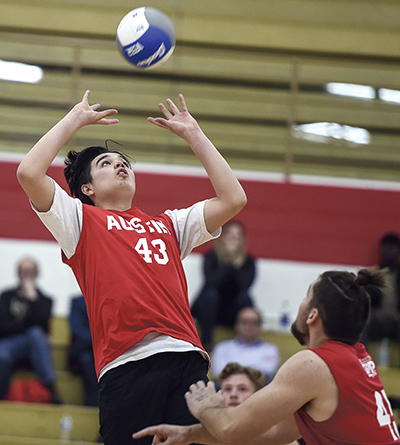