Jeffrey Mitchell Weir, 50, of Albert Lea was charged with three counts of felony first-degree criminal sexual conduct-penetration of a child under 13 on Monday in Mower County District Court. He pleaded not guilty to all charges. 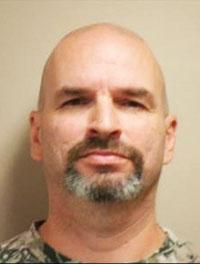 According to the court complaint, an officer was dispatched on Feb. 17 to a residence in Austin regarding a report of sexual abuse of a child. The officer met with a woman who said the victim, an 11-year-old girl, had disclosed Weir sexually abused her on three occasions. The alleged abuse occurred while Weir was living in Austin.

A detective interviewed the victim, who was known to Weir, on Feb. 18. When asked if she knew why she was there, she said, “A guy named Jeff Weir raped me.” She disclosed the abuse first occurred when she was 8 years old, the second time when she was 9 years old, and the last in September 2018. The victim described the abuse to the detective, saying she was “scared” when it happened and that it “hurt really bad.” She also said Weir told her not to tell anyone. She illustrated the alleged abuse on an anatomical doll.

The detective interviewed Weir, who said he used to live at an Austin residence before moving to Albert Lea. He indicated he did know the victim and that the victim had stayed with him in the past, but denied sexually abusing her. He said he did not know why the victim would accuse him of sexual abuse, saying she lied a lot and that he had to discipline her for her behavior.

A pre-trial for Weir has been scheduled for Aug. 22.