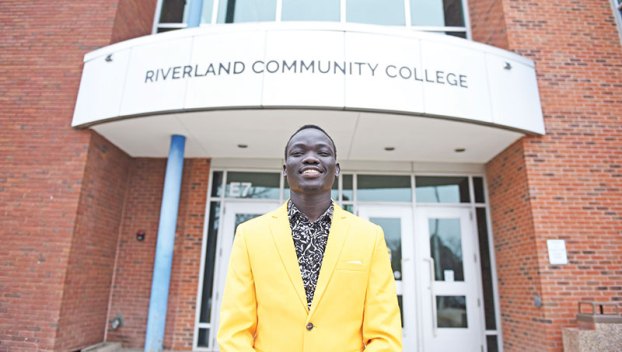 After the election votes were tallied, it was announced that the Riverland Community College student will be representing students statewide as the organization’s voice and leader. The new president was stunned by the results.

“I was really nervous before the results came,” Oballa recounted on Monday, “but when they announced the results and said that I won, I didn’t believe it at first, and I started sweating in the room.”

However, the young leader was prepared for whatever outcome. Whether he won or lost, Oballa was ready to continue supporting fellow colleagues in their shared vision for students in higher education.

“Before the elections, I had talked with other candidates and told them in this election, whatever the outcome, we have to support each other and work together,” he said. “I tell them that if I will not get elected, I will still continue working with whoever’s elected in the role of internships or alumni and continue advocating for our students.”

LeadMN connects college students for change and represents 180,000 two-year college students all over Minnesota to help transform their lives and communities. Since Oballa was elected, he will act as the spokesman for the association and will be responsible for testifying on behalf of LeadMN to the Minnesota State Board of Trustees, as well as other Minnesota Senate and House committees. He will also be in charge of media relations and will be traveling campus to campus and listen directly to the issues that are affecting students everywhere. 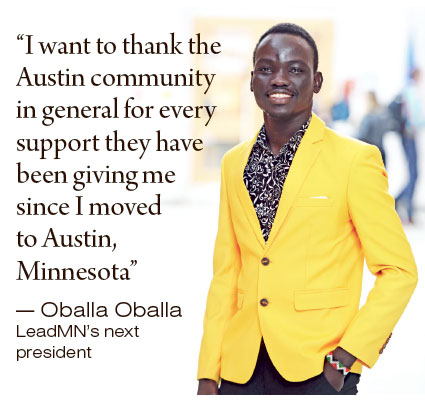 “The next step as president is to continue the work of the current cabinet and listen to new issues that students will bring up either on campus or at state level,” Oballa said of his next steps as president. “One thing I will continue working on right away is to make sure every campus has a food pantry or food shelf. I will also tackle the issue of mental health because a lot of students expressed interest and they want something to be done about it.”

Oballa was born in Gambella, Ethiopia, and grew up in a refugee camp in Kenya before immigrating to the United States in December 2013. In 2014, Oballa served as SGA president at Boxelder Job Corps in South Dakota during his first year of vocational school prior to his education at Riverland Community College.

This May, Oballa will graduate with an associate’s degree in human services and will be attending the College of St. Scholastica for social work. He will start his education there this fall.

Throughout his career at Riverland Community College, Oballa has served in a wide array of roles such as public relations coordinator of the Austin senate from 2016 to 2017, and became Student Senate president at Riverland during the 2017-19 school years. He was elected as LeadMN platform representative for southeast Minnesota, and also serves as a board member for the Austin Human Rights Commission, which advocates for diversity and equality in the city.

Thanking his advisor Keith Cich, Riverland Community College and Austin as a whole, Oballa is ready to help students statewide. This leader is not slowing down.

“I want to thank the Austin community in general for every support they have been giving me since I moved to Austin, Minnesota,” he said. “I could not look for a better city than Austin to live in.”

Need a mortgage for your new home? Lisa Schara and Alissa Pinkava have your backs. The two Austin women opened... read more