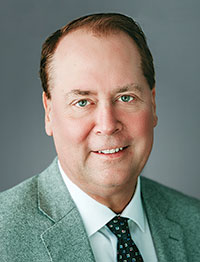 The list recognizes financial advisors who have demonstrated high levels of ethical standards, professionalism and success in the business.

“I was surprised and humbled,” said Thoen, who learned of the honor via an email from Forbes Magazine in February. “We’re a smaller firm in rural Minnesota. I thought that primarily they would recognize a larger firm in Minneapolis, so I was surprised.”

The rankings are based on data provided by over 11,000 of the nation’s most productive advisors. Thoen, who has been a wealth advisor for 28 years, was chosen based on assets under management, industry experience, regulatory and compliance record and revenue produced over a three-year period.

Thoen credited his staff and other advisors, particularly partners Randy Kramer and Brianne Brede, for the honor.

“This award would not have been accomplished had it not been for my team here,” he said. “I’m blessed with a great team. Most of the recognition should be towards our other advisors and staff; it was a team effort to get the award, for sure.”

“We would have never got this award had it not been for all of our clients who trusted us and put confidence in us in the Austin community all of these years,” he added. “If you keep working hard and doing the right thing for clients, it works out.”