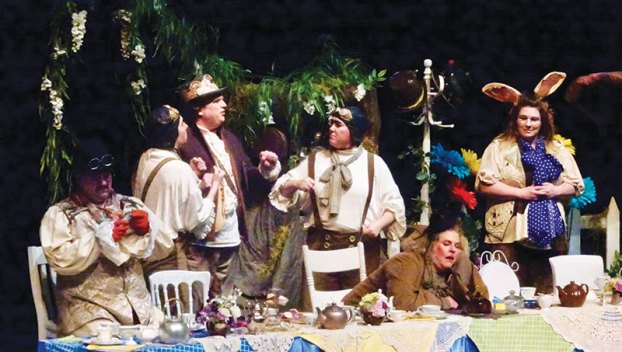 The County Seat Theatre troupe from Cloquet performs “The Mad Tea Party” during MACT*Fest 2017. The community theatre is one of six that will be performing during the festival this weekend at Riverland Community College. Photo provided.

The stories they play: 24th biennial MACT*Fest to bring community theatres together for weekend

Where stories come to life, performers and theatre enthusiasts may find kinship with fellow community theatres this weekend at MACT*Fest.

The biennial festival is making its way down to Riverland Community College on Friday, March 15, starting with the first performance session at 7 p.m. Events will continue until Sunday morning on March 17. Tickets to attend the entire festival are $150, with tickets for individual performance sessions set at $20.

All performances will take place at Frank W. Bridges Theatre, with the workshops happening in the same building.

During the span of the festivities, workshops covering subjects of stage combat, dance auditions, directing, dramaturgy, scenic design and theatre promotion will be offered to attendees, along with a silent auction, parties and an Awards Brunch.

“MACT*Fest is a total theatrical experience,” said Tom Johnson, co-chair of MACT*Fest. “We experience what happens onstage, backstage and behind the scenes. Theatre can be intimidating for some, but the festival hopefully makes it seem more accessible.”

Many of the festival attendees are there to support their respective community theatres, but attendees can still enjoy festivals on their own without being affiliated with a specific theatre company.

However, the centerpiece of the festival are the performances. Johnson said the set and properties are brought from a 10 foot by 10 foot backstage area onto the stage. The shows are performed, and then the set is returned to the 10 by 10 area, with adjudicators providing their insights about the show to the theatre company and audience. 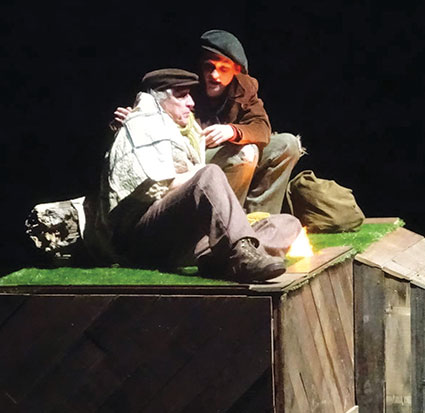 Dassel-Cokato’s FungusAmongus Players performs “Voice of the Prairie” during MACT*Fest 2017. The theatre troupe will be performing and attending this weekend’s MACT*Fest. Photo provided.

A changing theatre, but the same passion for art

Every two years, MACT*Fest brings audiences from across Minnesota to enjoy a wide array of one-act plays performed by community theatres statewide. Austin’s Summerset Theatre and the Riverland College Foundation plays host during the festivities and provides an opportunity for attendees to learn about topics relevant to actors, directors, technical crews and fans of community theatre.

Within the last few years, Johnson has seen community theatre continuing to evolve, from the subject matter of plays to seeing a wider audience being reached. Some festivals included musicals and some shows included a slow-motion scene.

“Community theatre is always evolving in terms of technical innovations,” he said. “MACT*Fest has reflected these changes. We seem to have more medium-sized and small community theatres than in the past. The festival goes through cycles. Each festival brings surprises.”

Hesitant to use the word “competition,” Johnson said that MACT*Fest does determine which community theatres will present their shows at next month’s American Association of Community Theatre (AACT) regional festival in Aberdeen, South Dakota.

However, MACT*Fest is more about building relationships among those who share the similar love and passion for the theatre.

“I would say that the the spirit of MACT*Fest is support for each other,” Johnson said. “That is, after all, the main purpose of MACT—to support community theatre. We want to see everyone succeed.”

Cost: $150 for entire festival; $20 for individual performances; $50 for all three performance sessions; individual workshops and event tickets are also available for purchase

There isn’t much that isn’t musical about Katie McMahon. The native of Dublin, Ireland, admitted that she was musical almost... read more