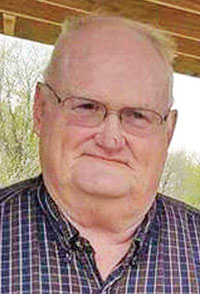 Richard was born April 8, 1947, to James and Viola (Weiss) Kling in Austin, Minnesota. He attended Austin Public Schools and graduated in 1965. He enlisted into the U.S. Navy in July 1965 and did two tours of duty in Vietnam. While in Vietnam, he became a victim of Agent Orange, which would eventually take his life. He received an honorable medical discharge in 1967.

After his discharge, he married the love of his life, Linda (Plumhoff) Kling, on Jan. 13, 1968, at the Ceylon United Methodist Church. After their marriage, they lived in Fox Lake Village, Fairmont, Minnesota, until finally buying a home in Ceylon, Minnesota, where they raised two children. Richard worked for Railway Motors in Fairmont for two years. He then worked for the Fairmont Telephone Company for 32 years. While working for the phone company, Richard traveled around to cities in Minnesota, working and drafting underground telephone cable. He came in contact with great people who made his job easy. For over 20 years, Richard and Linda were avid campers out at Dawson’s Lakeside Campground, where they met some amazing friends. In 2007, they moved into their retirement home in Fox Lake Village. Richard struck gold when his children married their spouses. He could not have asked for anything better than he received. He was very proud of his kids and their accomplishments. He was also extremely proud of his two grandsons; they were his “best buds.” He would take them places, bought their first vehicles, and loved to visit with them. Richard and Linda traveled in the winter when they could. When Richard became ill last fall, the travels stopped, and the struggling became more present. Richard was proud to be a veteran and proud to have served America. He was often found drinking his Diet Mountain Dew, eating his Hershey Kisses and watching MSNBC with his dog, Kasha, on his lap.

Richard will forever be remembered by his loving wife of 51 years, Linda of Fox Lake Village; son and daughter-in-law, Larry and Ellen Kling of Ceylon; daughter and son-in-law, Jacci and Rod Jahnke of Ceylon; his amazing grandsons, Hunter and Hayden Jahnke, both of Ceylon; sister, Joan (Kling) James of Santee, California; brother, Robert Kling (Jan) of Mena, Arkansas; sisters and brothers-in-law, Jane and Ronnie Leiding, Tom and JoAnn Plumhoff and Jim and Aubrey Plumhoff, all of Ceylon; and very special cousin, Rodney Hendricks of Farmington, Minnesota. He will be greatly missed by several nieces, nephews, uncles and aunts and his special dog, Kasha.

He was preceded in death by his parents, James and Viola (Weiss); in-laws, Merle and Marge Plumhoff; sister, Joyce Jones; and many other close relatives and friends.

Nathan John Mullenbach, 84, of Adams Minnesota, passed away peacefully on Sunday, March 24, 2019, surrounded by his family at... read more