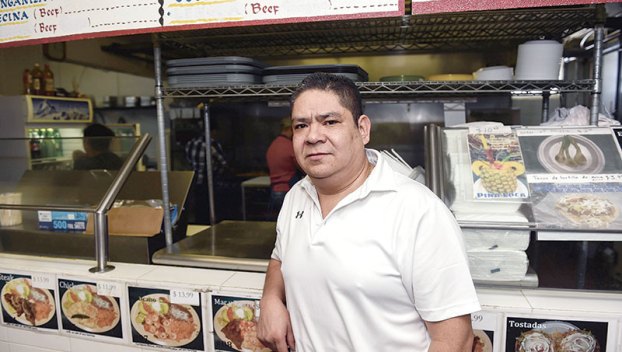 Jose Torres has created an oasis of tradition at Alicia Bakery, cooking up food that has been in his family for generations. Photos by Eric Johnson/photodesk@austindailyherald.com

Baking is in Jose Torres’ blood.

The owner of Alicia Bakery in Northeast Austin comes from a family of bakers that goes back generations. A native of the south-central Mexican state of Morales, located a few miles directly south of Mexico City, Torres worked in a bakery in California before coming to Minnesota about 20 years ago.

“When I moved to California, I originally worked at a bakery that also had a restaurant in the back,” Torres said, as translated by his daughter, Jessica Meza. “I focused mainly on the bakery because that was what I knew and came from, but then I started getting into the kitchen, learning how to cook and make meals.” 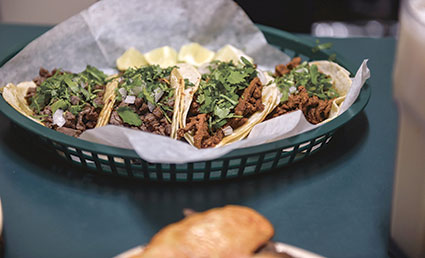 Tacos at Alicia Bakery are served as if fresh off the streets of Mexico City.

Upon moving to Minnesota, Torres worked in a Minneapolis bakery that also had a kitchen. When he first came to Austin in 2001, no such establishment existed.

“The building (where Alicia Bakery is located) was already a bakery and was for sale,” he said. “When I saw the building, it was pretty damaged and needed a lot of fix ups. I decided that I could potentially grow in Austin, so I saved money for a couple of years to get what I needed to purchase the building and start a business.”

On March 3, 2003, Torres opened the doors to Alicia Bakery, named after his wife, who co-owns the business. The reception was a warm one from the community.

“When we opened the doors in 2003, we felt very welcomed by the Latino community and the American community,” he recalled. “A lot of natives were glad that I was able to preserve a historic building because there has always been a bakery in this location. We saw a lot of happy people and got a lot of good feedback from the community.” 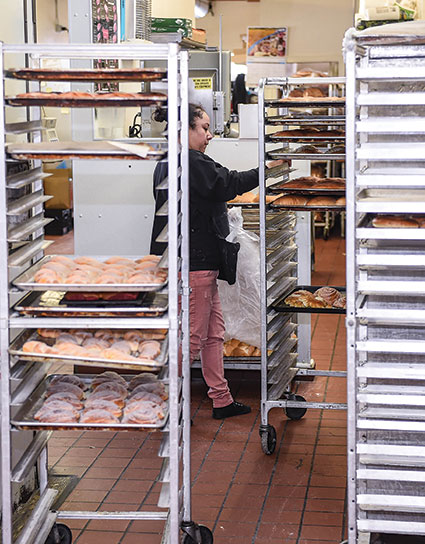 Upon entering the bakery, there is no question as to why the reception was so positive. Visitors are greeted by the heavenly aroma of freshly baked goods sitting on racks in cases, waiting for hungry patrons. Traditional pieces of bread include concha, a Mexican sweet bread that resembles a seashell, and bolillo, a Mexican dinner roll.

“The bakery is what I’m definitely most proud of; it’s what I grew with and it has helped us continue to grow,” Torres said.

Each piece of bread and pastry from their respective varieties are shaped uniformly, a testament to Torres’ skill and experience. The bakery items are made with authentic Mexican recipes Torres learned growing up, earning him a following in southeast Minnesota and other states.

As Torres’s reputation grew, so did his business. With the success of the bakery, Torres began to offer grocery items, such as meats and produce, along with packaged items from Latin American countries. Utilizing what he had learned in California and Minneapolis, Torres then added on a kitchen with the hope of bringing classic authentic Mexican dishes to Austin. 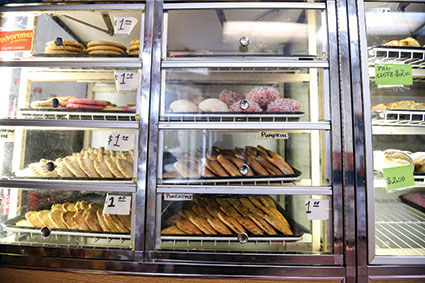 Alicia Bakery has loads of baked goods as are fitting of a quality bakery.

“We strive to try to get the word out that we are 100 percent Mexican food,” he said. “We’re not like a lot of other restaurants that have a Mexican restaurant name, but fix (the food) so it’s more Tex-Mex. The only thing that’s Mexican is what’s on their sign.”

Torres developed all of his recipes, serving dishes that are as consistent as they are authentic.

“Cooks can come and go, but the food will always stay the same recipe because I created those recipes,” he said.

And while Torres takes pride in the authenticity of his dishes, he admits the perception that many Americans have of Mexican food sometimes make them hesitant about his dishes.

“We cater to 100 percent authentic Mexican, which is why sometimes I struggle with getting into the American community because they are so used to having that Tex-Mex,” he said. “We do get a lot of compliments from people who come here from Texas and California who do agree this is authentic Mexican food.” 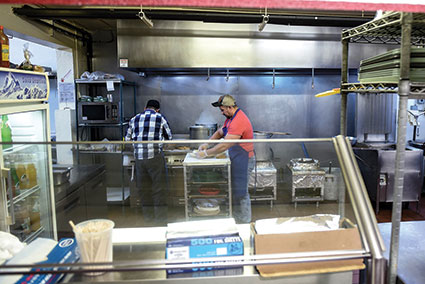 “It is traditionally known as a hangover cure,” Torres said. “After a night of partying and drinking, you go to a restaurant and have menudo. It’s for lifting souls and is a well sold item in the bakery.”

For Torres, the recipes are about more than authentic taste — they are about representing his family and his culture.

“Not a lot of people can offer that generation by generation experience with recipes made by family members in Mexico,” he said.

Here are a few suggestions for first time kitchen diners. 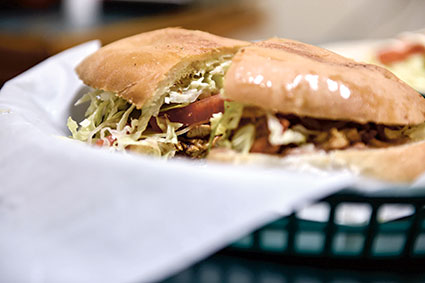 Torta: These traditional Mexican sandwiches are served on a bolillo roll and feature meat of your choice with lettuce, tomato, onion, jalapeño, mayonnaise and refried beans. If you’ve never had refried beans as a condiment, you’re missing out. 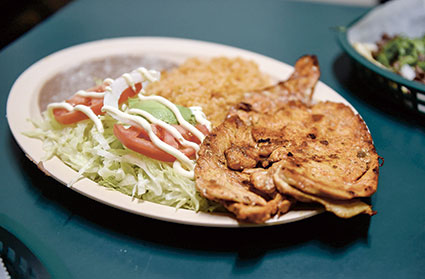 Burrito: This hefty favorite is served with your choice of meat, rice, refried beans, onion and cilantro. Honestly, who doesn’t like burritos?

This story and more can be found in the March-April edition of Austin Living Magazine. If you have an idea for a story, feel free to send an email to eric.johnson@austindailyherald.com

A place in Austin’s history

In my last column, I shared excerpts from a letter that George Hormel had sent to his brother Ben. George... read more