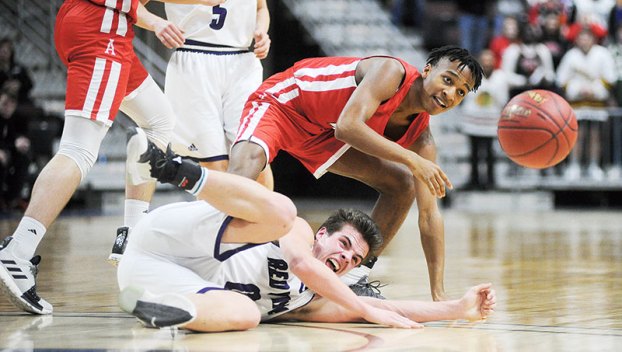 ROCHESTER – After finishing the regular season with 10 games in 14 days, the Packers had to wait 10 days before taking on Red Wing in the Section 1AAA Tournament semifinals.

The Packers showed some rust, but it only lasted during an early stretch of the first half as they ousted No. 4 Red Wing (4-24 overall) 67-40 in Mayo Civic Center Monday night. 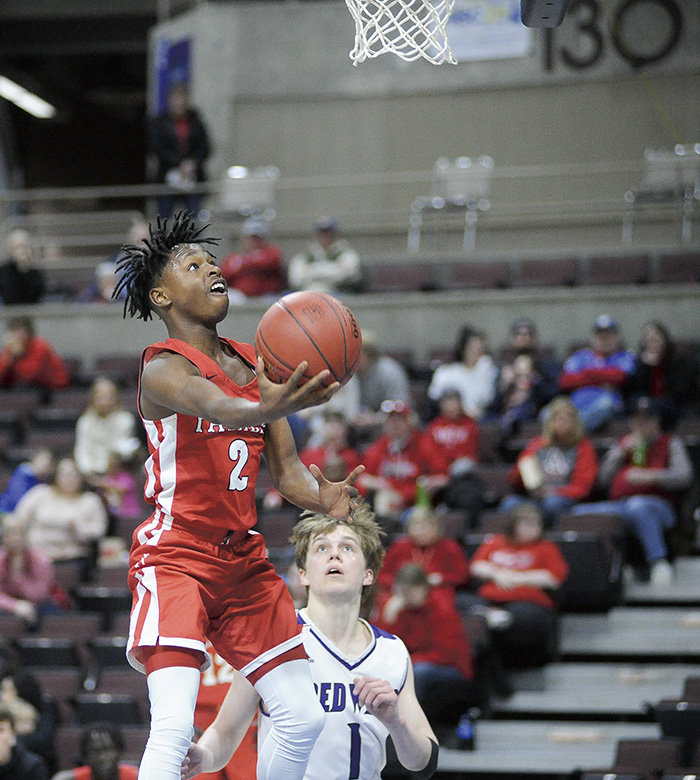 The Wingers held a 10-6 lead early on, but Austin (22-5 overall) bounced back with a 13-1 burst which included Gavin Owens scoring back-to-back hoops. The Packers led by as many as 28 in the second half after taking control.

Austin senior Dongrin Deng gave the Packers some early momentum when he made a chase-down block on a lay-up that would’ve put the Wingers up 8-1. Instead, the block led to Austin’s first field goal of the game — a three by Ngor Deng that brought the Packers within 6-4 with 10:36 left in the first half.

“We were really down, but that block got us going and our bench played well,” Dongrin said. “It was tough (to wait for this game). We hadn’t played a game in awhile and it took us some time to get back into it.”

LaHenry Gills came off the bench to give the Packers instant offense and he finished with 15 points. He scored five points in a 30-second stretch in the second half to put Austin up 36-19. 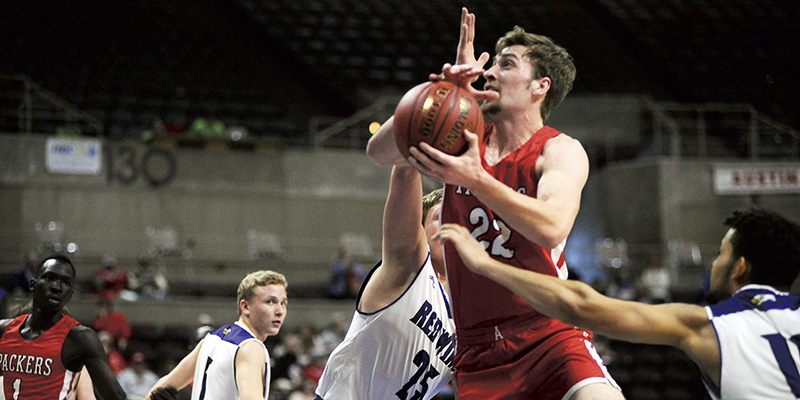 Austin’s Gavin Owens goes up for a shot against the Red Wing defense in Mayo Civic Center Monday. Rocky Hulne/sports@austindailyherald.com

“I just felt like this was a better environment with more fans,” Gills said. “It was louder and that gets me going. We were just playing our game like we usually do, sharing the ball, moving fast and getting out in transition.”

Austin’s leading scoring Medi Obang was held scoreless as he missed much of the action for the Packers. Obang was called for his third foul with 8:44 left in the first half and he picked up his fourth foul with 15 minutes left of the game.

Austin will play Northfield, who Ausitn swept in the regular season, in the Section 1AAA title game in Civic Center at 6 p.m. Thursday.

Austin girls are ready for state opener against defending champs

The Austin girls basketball team is hoping it can put forth another big time effort as it prepares for its... read more