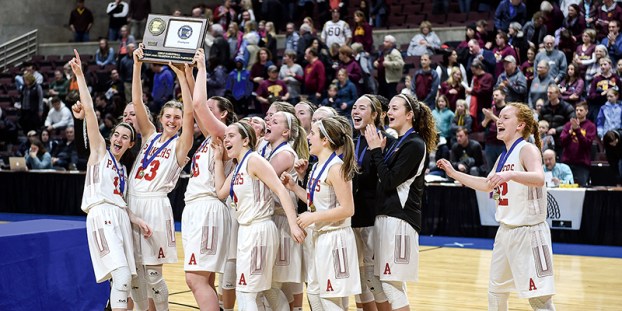 STATEBOUND: Packer girls take down Northfield in Section 1A championship

ROCHESTER — The Austin girls basketball team caught fire at the right time of the year. The Packers used a fast start and heavy defensive pressure to take down No. 2 seeded Northfield 62-50 in the Section 1A championship 0n Friday night.

The win clinches Austin’s first trip to the state tournament since 2008.

“It’s been a really long journey for us,” Walters said. “We’ve been working really hard and tonight we played our hearts out. We’re a really good team and when we work our hardest, we’ll win almost any game.”

The final stretch of the regular season was a bit of a bumpy road for the Packers, who had a run where they went 6-6, including three losses by at least 16 points. But Austin found its groove with back-to-back lopsided wins over Century and Owatonna to close out the regular season, before handing No. 1 ranked Red Wing a 73-70 loss in the Section 1AAA semifinals. 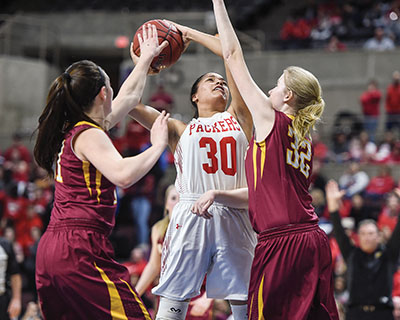 Austin’s Kiwi VanZant with the shot underneath in the first half against Northfield in the Section 1AAA championship Friday night in Rochester’s Mayo Civic Center. Eric Johnson/photodesk@austindailyherald.com

Austin (20-8 overall) has come together by winning the turnover battle and playing together while facing its toughest tests of the season.

Read more on the Austin girls basketball team’s win: Convincing Victory: Packers hold down Raiders to get to state

Convincing Victory: Packers hold down Raiders to get to state

ROCHESTER — The No. 4 seeded Austin girls basketball team didn’t leave any room for doubt that it deserves the... read more