On to the next level: LO seniors commit to play college hoops

LEROY — LeRoy-Ostrander seniors Trey Hungerholt and Haley Hungerholt have been around basketball for much of their lives and they don’t plan on giving up the sport anytime soon. 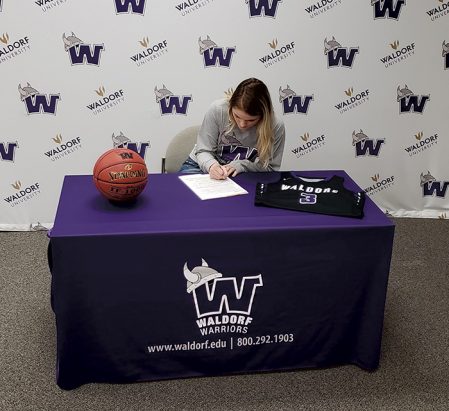 Trey and Haley are two of the family’s triplets and they’ve both been competing on the court since they were third-graders. They’ve been each others biggest cheerleaders over the past decade and they even played together on an AAU team one summer. 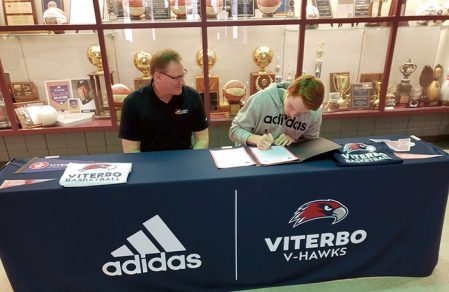 Now they’ll be 165 miles apart from each other on different campuses.

“It was like a family competition for us,” Trey said. “We just compete against family records. Haley and I always played. My dad (Aaron) played and he was pretty good, so we started playing early and we picked it up right away.”

The L-O girls had a bit of a rebound season as they went 7-18 overall this past season after going 1-26 overall in the previous season.

“Last year was hard. I wanted to win and I was working harder,” Haley said. “‘I’m ready to move on to the next level. I’ve been working on conditioning and shooting.” 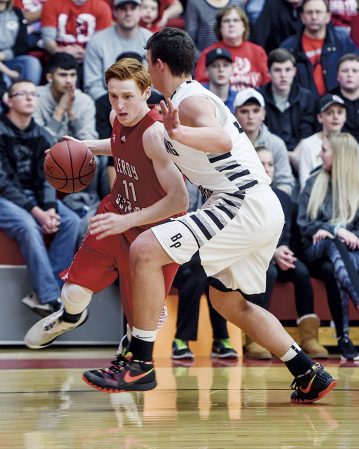 LeRoy-Ostrander’s Trey Hungerholt comes off the corner during the first half against Blooming Prairie in a Section 1A playoff game Thursday night in LeRoy. Eric Johnson/photodesk@austindailyherald.com

The L-O boys finished 19-8 overall this past season.

Aaron has coached Haley in basketball throughout most of her varsity career and he also served as L-O’s football coach, where Trey was the team’s quarterback. He’s seen Trey and Haley increase their work ethic as they prepare to play basketball at a higher level.

“It’s really settling into them where it’s more serious and they want to go get this. They’ve moved into the next phase to get to the college level,” Aaron said. “I think one thing that people don’t understand is how much time and effort these two have put in. They don’t get to where they are just by showing up and playing games. Their goal has been to play college basketball and it worked out for them. They ended up reaping the benefits of the hard work.”

Haley and Trey have served as motivators for each other throughout high school, and they also had inspiration from their cousins Cole, Clay Candace and Kali Olstad, who all played basketball for Planview-Elgin-Millville and went on to play at St. Paul-Concordia.

“We went to a lot of their games up in Concordia,” Aaron said. “Everything we do is based on their athletic schedules all year round. You get to the spring and your into AAU and camps. The family travels together all of the time.” 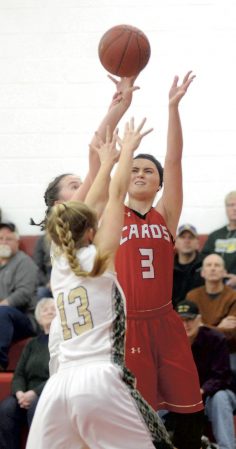