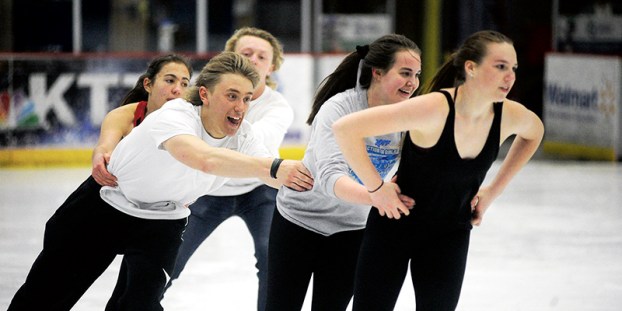 Heating up the ice: Figure skating club is ready for annual show

The Riverside Figure Skating Club is already thinking about warm weather as they will look to heat things up in a summer-themed show entitled “Skating in Paradise” in Riverside Arena this weekend.

This will be the 40th year RFSC coach Chris Amy has led the club into a show and she’ll have two of her grandchildren performing in this year’s performance. She’ll also have one of her former skaters Emily McAlister, a 2013 Austin grad, helping out as a mentor and a skater in the show. 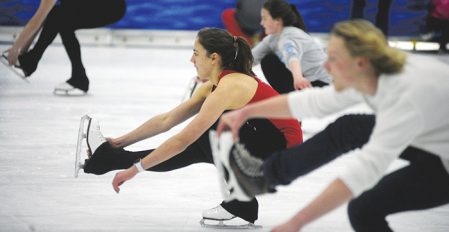 “Emily started mentoring and shadowing me this year. I’m very excited to have her back,” Amy said. “The kids have been practicing really hard they’re very excited.”

Austin sophomore Toria Strampe said a lot of work has gone into this year’s show and she’s ready to give it her all. Strampe began skating at a young age and she’s stuck with it ever since.

“One of my friends was in skating when I was in younger and I kind of came to see what it was,” Strampe said. “I enjoyed it and eventually becomes like your family. Leaving it would be really hard.”

Hayfield freshman Jori Rieken also started skating at a young age when her mother brought her to lessons.

“I kind of just kept coming and I fell in love with it,” Rieken said. 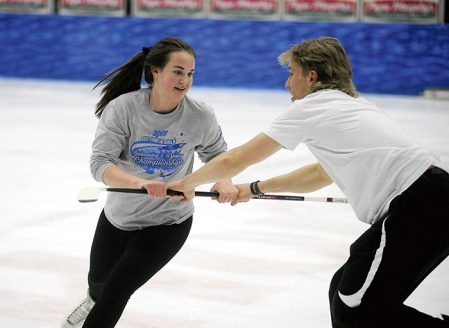 The show is the highlight of the year for the RFSC and all of the skaters are pumped to be part of it. Austin freshman Ingrid Dolan Peterson, who began skating after her sister skated before her, said the club has helped create a strong bond between younger skaters and experienced skaters.

“Learning new things started to feel great,” Dolan Peterson said. “We get to teach the little kids too and it’s fun to teach them what we once learned.”

RFSC has 40 skaters this season and the team had 10 advanced skaters and nine intermediate skaters. The show will feature solos, group performances and a photo both for grandparents and family members to take with skaters.

The cost of the show is $10 for adults, $5 for seniors and students and free for children age five and under. 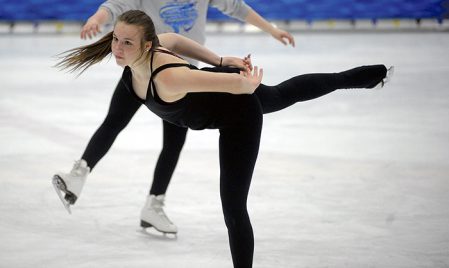 Austin grad Maddie Mullenbach has competed in some big meets in her gymnastics career and now she can say she’s... read more