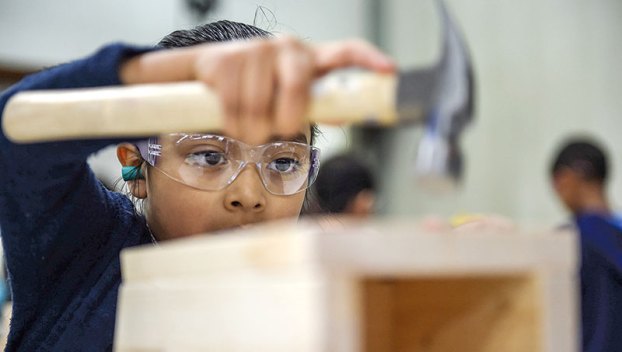 Stephanie Rodriguez-Talavera concentrates on hammering a nail into her birdhouse Thursday at the Austin High School annex. Photos by Eric Johnson/photodesk@austindailyherald.com

It might just have been a birdhouse, but that birdhouse gave third and fourth-graders from Sumner Elementary a chance to put their hands to work, introducing them to the world of carpentry.

The students were joined by members of the Carpenter Trade Union and Austin High School students, who helped them build birdhouses, and then paint them.

“Some of these kids, it’s the first time they’ve had the opportunity to pick up a hammer,” said Dominic Andrist, business representative for the union, based in Rochester but serving all over southern Minnesota. “They’re having fun.” 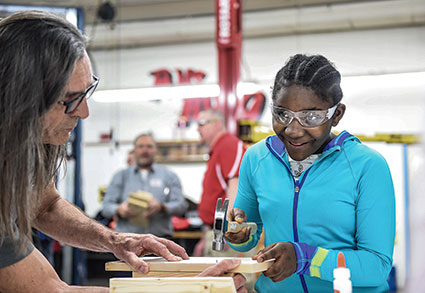 Indeed they were, as smiles adorned the faces of the students as the pounding of hammers echoed throughout the room in the Austin High School annex.

But it was also a chance to get hands-on learning about an area that perhaps they don’t know about.

“That’s what this was,” Andrist said. “It’s hands on learning. People who learn with their hands, learn for life.”

Mark Winkels, career and technical educator for AHS, sees the same outcome and identified the very beginnings of what this opportunity could present down the line.

“We plant a seed early, that can grow,” Winkels said. “We’re giving them memories and hopefully,f they have the opportunities at IJ and Ellis to take tech ed classes, they’ll have some background. It’s a start and foundation.”

There was also another aspect to this story in regards to the high school students that were helping out Thursday morning. 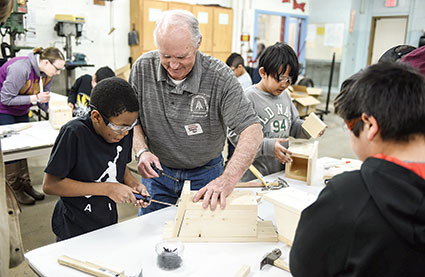 It gave them the opportunity to further work with professionals in the field that, thanks to the AHS curriculum, can count toward 500 hours in an apprenticeship.

But it also gave them an opportunity to work hands-on with the third and fourth-graders as well, to make that early connection.

“It’s providing relationships and opportunities for young people to experience different things,” Winkel said. “(AHS students) were really taking an interest with the kids. It gave the high school students the opportunity to serve others and serving others is a great asset.”

All of these were great things, but at the tables as students worked screwdrivers and lifted paint-brushes, it was obvious they were just having fun working with their hands.

For third-grader Charles Paxton there was one part in particular he enjoyed.

“Painting,” he said as he showed off his nearly finished birdhouse. “I once painted a house with my dad.” 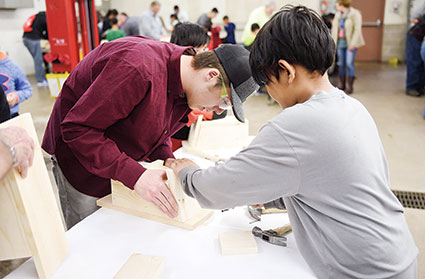 Months after putting out the word that he needed to find a kidney donor, Chad Corey received a phone call... read more