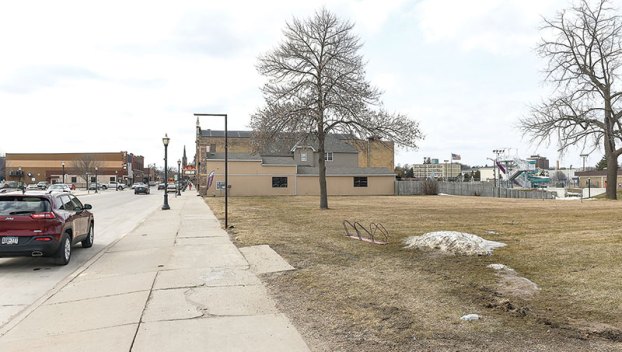 This patch of land on Fourth Avenue Northeast is being looked at for a hotel location by GrandStay Hospitality, LLC. Eric Johnson/photodesk@austindailyhearld.com

GrandStay Hospitality, LLC is looking to build a hotel on Fourth Avenue Northeast in Downtown Austin, and representatives of the Brooklyn Park-based company are meeting with the Austin School Board, Mower County Board of Commissioners and Austin City Council in the hopes of getting approval for a tax abatement on site development costs.

“We’ve been working with GrandStay for quite sometime now and they are looking to move forward,” said City Administrator Craig Clark. “It would be a 56-unit, four-story hotel on the property west of The Tendermaid. It would be a nice continued addition to the downtown on Fourth Avenue. It will compliment the new rec center and the hockey arenas we have and the Spam Museum. For tourists, it will be very convenient to be able to frequent our restaurants and business establishments in the downtown.” 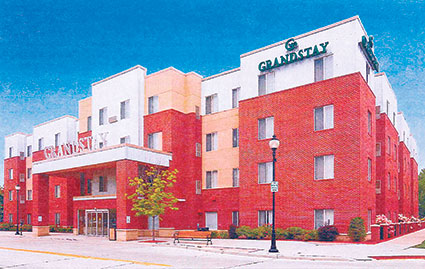 Artist renditions of what the exterior of the hotel could look like should it be built. Photo provided

In order to secure a tax abatement, GrandStay Hospitality, LLC must get approval from all three taxing entities during public hearings on the matter. Once approval has been given, Clark said the company hopes to begin construction in late spring or early summer.

“I really do think it will be a significant improvement for tourism,” Clark said. “It’s a fun thing to say Austin is a tourist destination, but with the Spam Museum, we certainly are. Discover Austin has done a great job under the leadership of Nancy Schnable in bringing folks to town, not just for the Spam Museum, but building off other attractions in the community and turning it into more than just a day stay to an overnight stay. Having an additional hotel to help with that would certainly be a fabulous addition.”

A representative from GrandStay Hospitality, LLC was unable to comment on the project.

Artist renditions of what the exterior of the hotel could look like should it be built. Photo provided

Clark cited the possible hotel as an investment in downtown Austin.

“The council, Port Authority, HRA, and those entities have really made a concerted effort to reinvest in our downtown,” he said. “Even Hormel’s decision to relocate the Spam Museum in the downtown shows a real unified force on the importance of keeping (downtown) strong. The rec center could have been placed on the outskirts of town, but it was of notable value to put it where it’s going and helping anchor the downtown by being centrally located. All of those things combined shows a strong commitment to the downtown.”

“We’re excited to see another improvement in the downtown,” he added.

Do you like trivia? Do you want to use your trivia knowledge to benefit the community? If you answered yes... read more