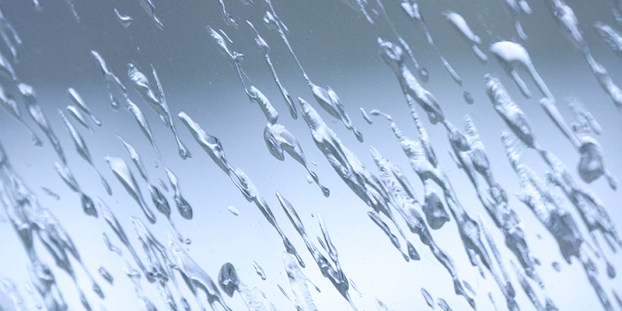 It appears that Austin and our surrounding area may have avoided the brunt of a winter storm that now appears to have shifted more to the north, however, that doesn’t mean there won’t be hazards today and into Sunday.

After initial estimates predicted a possibility of up to around eight inches of snow possible, amounts are now trending downwards to around one to two inches possible during the day with an additional one inch of accumulation tonight. The winter storm watch the area was in has now been downgraded to a winter weather advisory.

Portions of southeast Minnesota could still see between three to six inches of snow according to the National Weather Service, but in Austin, it appears we will be dealing with more of a winter mix causing some slick travel conditions possible into the overnight hours. 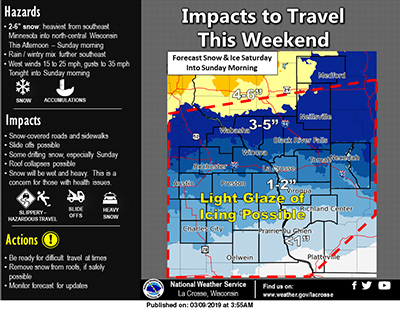 According to the NWS rain, snow, freezing rain and sleet is expected before 4 p.m. today, turning to rain and snow and then snow after 5 p.m.

But while the snow amounts seem to have taken a dip, travel could still be impacted by blowing and drifting snow. Winds are expected to gust as high as 33 miles per hour throughout the day with east winds hovering between 10 to 20 miles per hour.

In the city of Austin, a snow emergency remains in effect and will last throughout March unless retracted by the city.

Elsewhere in the state things don’t look so fortunate. The Mankato area has been placed in a winter storm warning and could see between 4 to 8 inches by the time the day is done, while Minneapolis could see the worst of the storm with six to 12 inches possible.

Anybody still traveling today should use caution and check roads before heading out by visiting www.dot.state.mn.us/ and going to 511 Travel Info for up-to-date reports.

Snow amounts still pending as system bears down on area

While the possibility for significant snowfall is very much on the bill for Saturday and Sunday, just how much is... read more