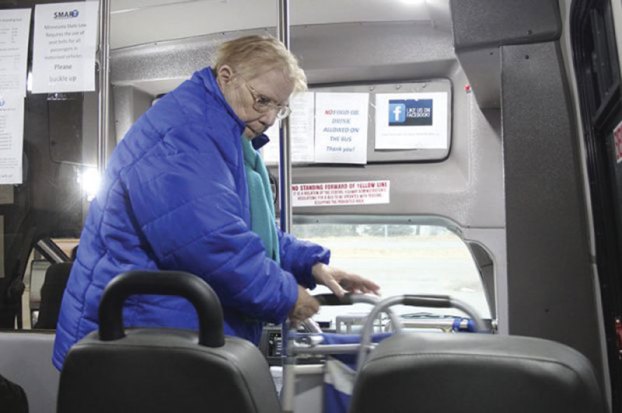 The bus was warm, but not from body heat as it chugged its empty Ford body out of the Mayo Clinic Health System drive-up loop in Albert Lea at 3:15 p.m. on a Monday in January.

SMART Transit began its inter-city service between Austin and Albert Lea Mayo Clinic Health System campuses Jan. 2 thanks in part to a Minnesota Department of Transportation grant to Cedar Valley Services. The shuttle runs weekdays, with Albert Lea departure times between 9 a.m. and 5 p.m. depending on the day. The trip is $3 one-way.

As the shuttle continues to operate, Cedar Valley Services division director Garry Hart said he hopes to see 20 to 25 people use the bus per day for rides between Albert Lea and Austin. 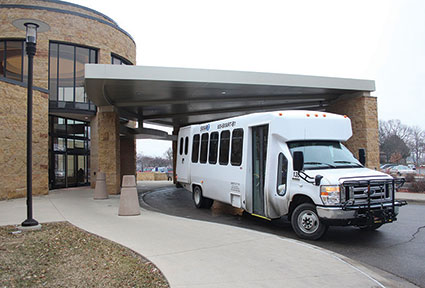 As of January, numbers didn’t appear to reach those levels. Monday, Wednesday, Friday driver Juan Tapia estimated in mid-January he carried four people the week before, all from Albert Lea to Austin.

These four do not include the dialysis patients Tapia picks up from Health Reach in Albert Lea and drives to the SMART Transit office in Austin. This stop, which occurs Monday, Wednesday and Friday, has been a longer-term arrangement. According to Austin resident Julie Corkill, these rides are free for dialysis patients thanks to funding through Hormel.

Corkill has been riding from Austin to Albert Lea for dialysis three days a week for 1 1/2 years. She said in January she had not noticed more riders on the bus, which stops at the Mayo Clinic Health System main campus in Albert Lea before driving to Health Reach, since the extra stop was added earlier that month.

Before the color arrived — green, yellow, blue and purple carried on the backs of people bundled up against the cold — the bus was swimming in gray: gray seats, gray floors, metallic gray handrails running along the ceiling and gray road beneath. It had 18 traditional seats as well as space for wheelchairs in the back. 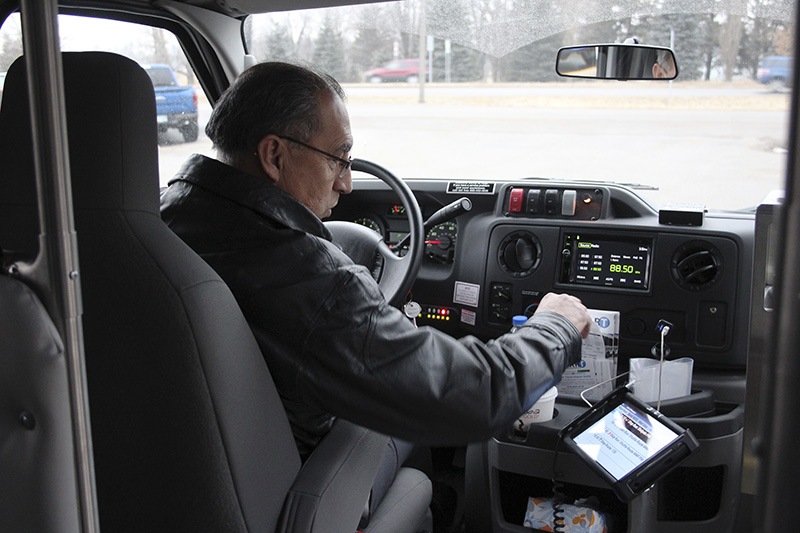 Driver Juan Tapia returns a schedule to the container on his dash and prepares to head to the Mayo Clinic Heatlh Center in Austin for the 4:15 p.m. pickup. – Sarah Kocher/Albert Lea Tribune

Corkill, in an eggplant-colored coat and yellow face mask, played solitaire on her phone while the man behind her, enveloped in a puffy yellow coat, watched a fishing video on his phone turned sideways. The other two Health Reach riders looked ahead as the white dotted lines on Interstate 90 rush forward toward them, only to slip under the bus and disappear into the rear distance.

For Corkill, the bus between Austin and Albert Lea means she doesn’t have to drive out of town. Since she is waiting for heart and kidney transplants, she’s not comfortable doing so.

“It works out really well for me to ride it,” Corkill said.

Hart said he expects the added service between Albert Lea and Austin Mayo campuses to primarily be of use to seniors, people without cars and those who don’t want to drive between the communities. However, looking ahead, the service is considering how to be helpful for Mayo Clinic employees by adding earlier and later work runs.

Additionally, SMART Transit is considering how to execute a pass for frequent riders on the inter-city route. That decision won’t be made until ridership numbers show the service’s use for a handful of months, Hart said.

“That’s kind of our forte at SMART is that we’ll start something, look at it, evaluate it and maybe make some tweaks with it, so I think really we’d like to have good ridership on that,” Hart said. “That’s how we’ll be able to get extra funding.” 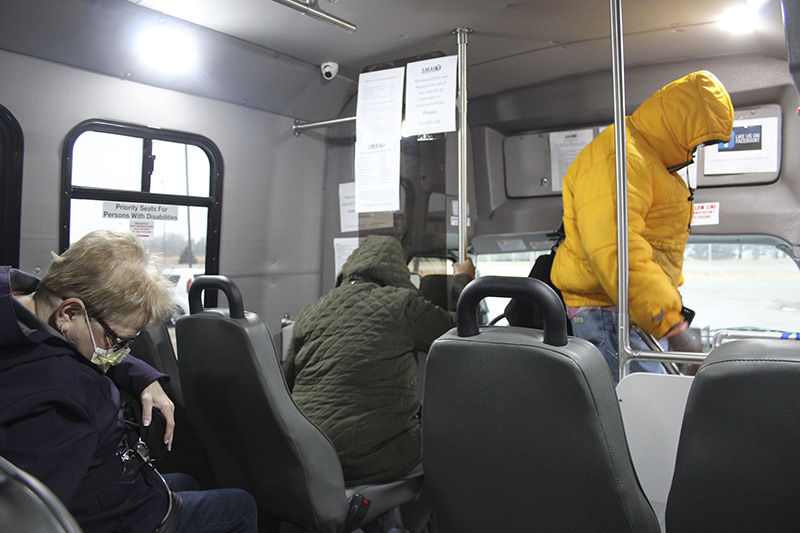 Dialysis patients disembark upon return to the SMART transit office in Austin. Rides to and from the dialysis center in Albert Lea are free for pateints through a grant from Hormel, rider Julie Corkill said. – Sarah Kocher/Albert Lea Tribune

Tapia said he expects it to take about three months before numbers will begin to be representative of true traffic on the bus. He does expect ridership to increase.

“I believe that it will as the clinics catch on,” Tapia said.

Additionally, he saw the same possibility for the route Hart did: that riders may use it not to access the hospitals, but simply to move between cities. Mayo Clinic Health System in Austin and Albert Lea is on both Austin and Albert Lea main routes, so riders could use that location to change buses and access more of each city.

“I’m really hopeful we can get some people on there and make it a viable option for people to use, not only for medical care but also for other needs that they may have,” Hart said.

The route schedule for the SMART Transit hospital shuttle between Albert Lea and Austin is available at smartbusmn.org.

Wolesky: Do what you love — and keep learning

By Carolyn Bogott American Association of University Women Mary Anne Wolesky is another Austin woman who has made and continues to... read more