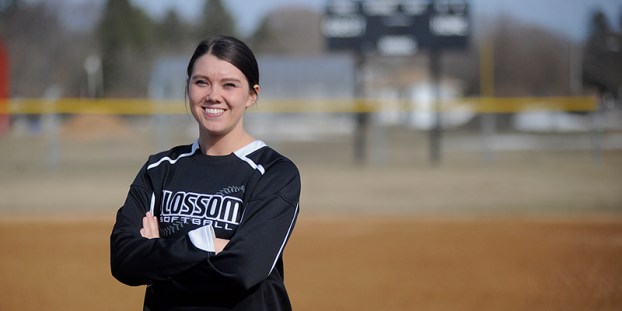 Blooming Priarie grad Jenna (Krell) Volgarino is back to in BP to coach the Awesome Blossoms this spring. Volgarino was a member of the 2013 state championship team for BP. Rocky Hulne/sports@austindailyherald.com

Back home on the Prairie: BP grad returns to coach Blossoms

BLOOMING PRAIRIE —The last time Jenna (Krell) Volgarino was involved with the Blooming Prairie varsity softball team, she was celebrating a Minnesota Class A State championship at the end of the 2013 season.

Now Volgarino is back with her old team, only this time she’ll be playing the role of head coach. Volgarino, who is a fourth grade teacher at BP, was a senior shortstop with a .365 batting average on that state championship team and BP went to state in all four years of Volgarino’s high school softball career. 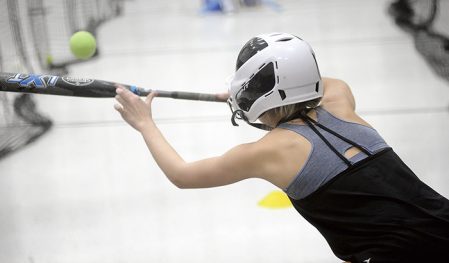 Blooming Prairie’s Olivia Snyder lines up a bunt in the batting cage in practice in BP Friday. Rocky Hulne/sports@austindailyherald.com

Volgarino played under BP athletic director Ali Mach when the team won the state title and now Mach has returned as an assistant coach for the Awesome Blossoms. It’s a role reversal that is likely to prove beneficial for Volgarino.

“It’s kind of funny how roles have changed a little bit for me,” Volgarino said. “She’s definitely been a mentor for me and she’s someone who I can ask for advice. She’s helped getting me started and she’s helped me out with practice early on.”

It didn’t take long for Volgarino to get to know most of her players this spring as most of them grew up watching her from the sidelines. BP junior Julia Worke still has memories of that 2013 team, that included her older sister Madison.

“I remember they connected as a team and they were always cheering each other on. That state tournament was fun to watch,” Worke said. “It’s crazy. Jenna was friends with my sister and she was around a lot. Now that she’s my coach, it’s just different, but I’m used to it.”

BP junior catcher Maya Lembke recalled listening to the state tournament on the radio when BP won it and she also has memories of BP grad Shelbi Swenson pitching that season. She’s hoping the current BP players can push themselves to reach new heights.

“That team kind of gave us a reputation and it put us on the map. People were afraid to play us,” Lembke said. “We kind of have to live up to that reputation now. Jenna has a lot of knowledge and she has a different way of coaching because she’s younger and she understands us more. I’m excited to play under her.” 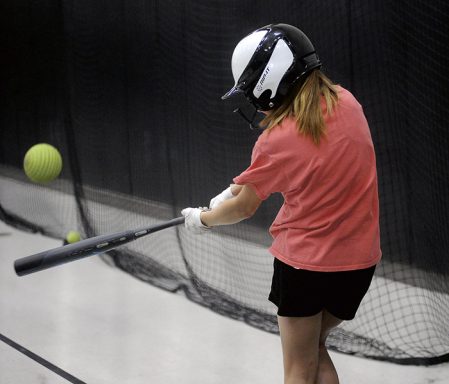 Volgarino will coach a young BP team this spring as BP has zero seniors and just four juniors on the varsity roster. But she’s excited to coach the team she used to play for and she’s ready to see which players are willing to go the extra mile in practice and in games.

“I value a lot of hard work and I notice those girls that work hard,” Volgarino said. “Girls who are coachable and willing to take any role for their team are really important. I really want to instill a love of the game for the girls and hopefully we can experience some success in the future.”

BP will open its season when it hosts Maple River April 4.

Collision Specialist, Inc. owner Randy Miller is a familiar name to those in town who have had to deal with... read more