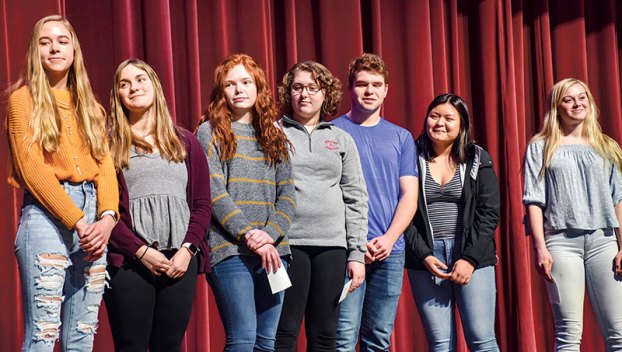 For the last 14 years, Austin High School had a partnership with the local branch of the American Association of University Women (AAUW)  to commemorate Women’s History Month, and traditionally bring in a keynote speaker to talk share their experiences and stories in various professions and backgrounds.

“It helps students understand who these people are and what their story is,” said Principal Andrea Malo. “I think this event went very well in helping students learn about different people and having students research various topics in their social studies class.”

Along with the keynote speaker, there were six total projects pertaining to a specific topic for women’s history that were up for judging, with two of those projects being single entries. First place individual winners included Chloey Camerer on women and mental health issues, and Tori Watkins for women in science.

“There are a lot of things many people can take for granted,” Bogott said. “Women weren’t allowed to compete in competitively in high school sports years ago, and they make 80 cents on a dollar in comparison to men. We want to remind them that this isn’t just women’s issues, but everyone’s issue.” 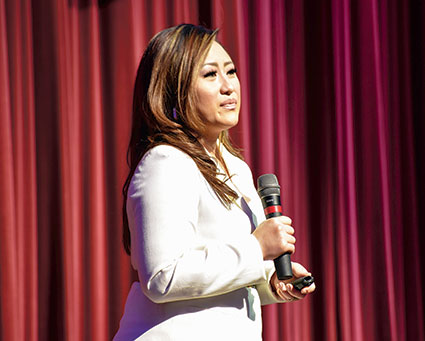 This year, Laura Lee, co-anchor for KAAL-TV6 was selected as the speaker and spoke extensively about her experiences as a woman of color in mainstream media. Honoring her Hmong background as well as the sacrifices her parents made by immigrating to the United States, Lee shared the challenges she encountered while having children at a young age, as well as juggling a career and attending school.

“I was told to sacrifice my career or family, and that I could not have both,” Lee said. “I thought that this could not be. I refused to accept that.”

Through her challenges, Lee said she did not take any opportunities for granted, and that she did not have to sacrifice a career over having a family. She also emphasized the importance of having mentors and a support system who helped shape her experiences in the news industry.