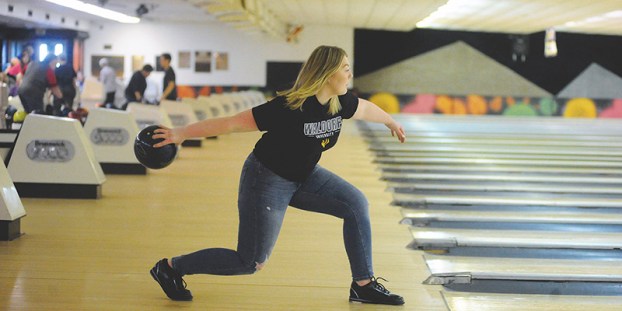 A lifetime in the lanes: Austin’s Brandt will bowl in college

Ever since she was five years old, Ashlyn Brandt has found a nice mix of family bonding and competitive sport in the bowling alley.

Now she’s going to find a new lane to call home. Brandt, an Austin resident who bowled for the Stewartville girls team, which took third place in state, and the Austin co-ed team, has committed to bowl at Waldorf University under a scholarship.

“I’m really excited to bowl in college,” Brandt said. “They bowl a lot and they go all over the place. It’ll be a great experience for me to make some new memories.” 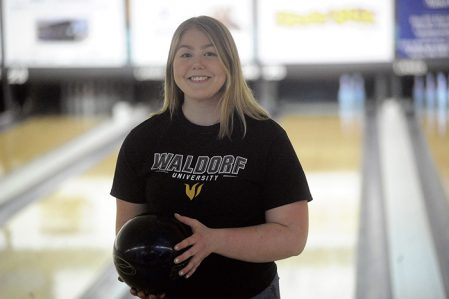 Brandt began bowling with her dad and grandparents in pee wee leagues at age five  and she stuck with it. By the time she was 15 years old, Brandt’s grandpa told her that if she bowled 600 series, he would buy her a new bowling ball. Brandt came through and won a new ball.

When Brandt was 16 years old, her grandpa made the same offer to her, expect this time she had to break a 700 series. She came through again to win another bowling ball when she put up a score of 720.

“I’ve still been trying to improve and get to that point again,” Brandt said. “Not only was he going to give me a prize for it, but it also helped with encouragement. My hard work had paid off and I was getting to the point where I could get big scores.”

That 720-point series remains the best score Brandt has ever put up in a bowling alley. Her best individual score in a league game was a 256, although she did hit a 297 in an open game.

“A perfect game is definitely a goal,” Brandt said. “That just comes with consistency and getting lucky every once in awhile.”

Brandt began bowling in Stewartville three years ago to compete with other girls and she was a three-time All-Conference bowler with that team.

Throughout all of her competitions, Brandt has always had her family in her corner.

“I learned to love the game right away. My dad’s been coaching me forever and he’s helped me improve,” Brandt said. “It’s helped a lot with our relationship. I feel like bowling has brought us together and I can always hear him in the background cheering me on. That’s what motivates me the most.”

The Waldorf bowling team plays a schedule that runs from October to March and Brandt has been busy hitting the lanes to prepare for her first college season.

“The hardest part is practicing, being consistent, and knowing where to move,” Brandt said. “When you’ve played the game for so long, it just comes naturally.”