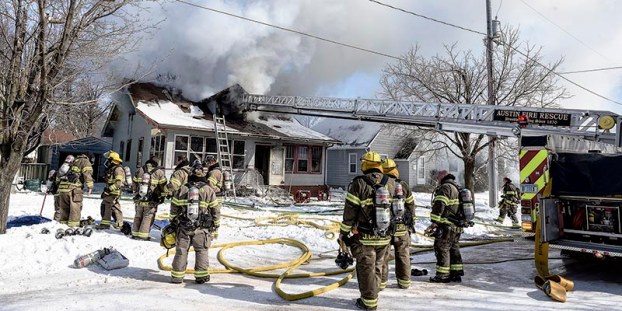 Darrell James Wigham, 31, of Austin pleaded guilty to felony first-degree arson-dwelling as part of a plea agreement on Wednesday in Mower County District Court. He initially pleaded not guilty on March 22, 2018.

Wigham submitted an Alford plea, meaning he maintains he is innocent, but acknowledges the prosecution has enough of a case to warrant a guilty conviction from a jury. 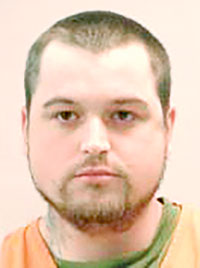 Austin firefighters responded to a fire on March 7, 2018, at 304 11th Ave. SW. According to court records, two women had to be rescued from the roof. A male was also in the house when the fire started and had to escape through a downstairs window.

All three told police they were staying at the house the night before and that Wigham had been there late that night and early that morning. Wigham had a confrontation with one of the women, and two of the witnesses said they saw him pouring paint thinner on a door and on the floor in a trail leading to the fireplace.

Wigham also pleaded guilty to felony fourth-degree assault of a correctional employee as part of a plea agreement on Wednesday. The charge stemmed from a May 10, 2018, incident in which Wigham attacked a correctional officer at the Mower County Jail while he was being escorted to the gymnasium. The attack was caught on jail surveillance video.

Wigham will be sentenced on April 25.

Everyone who helped make a difference in breast cancer research by fundraising for Paint the Town Pink are invited to... read more