The show must go on: AHS students prepare for ‘Almost, Maine’ production despite snow days 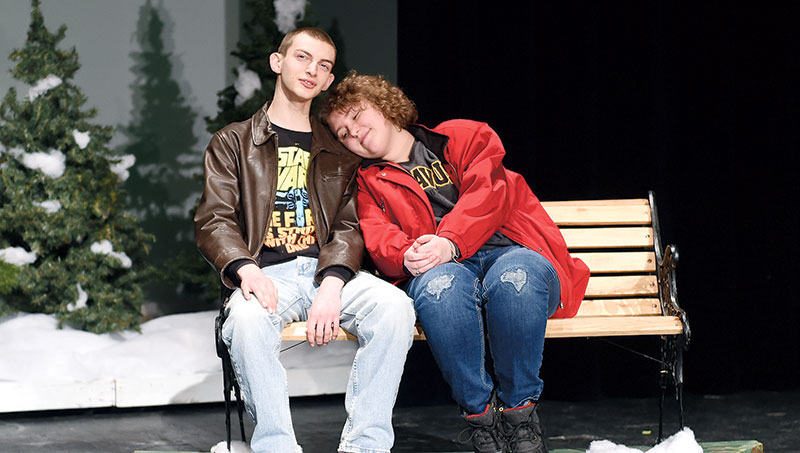 As the old saying goes: the show must go on.

Austin High School students are preparing for their production of “Almost, Maine,” by John Cariani, a series of nine short vignettes taking place in the fictional town of Almost, Maine, where residents never got around to organizing the town that “almost doesn’t exist,” according to the play’s synopsis.

Each short story has two or three characters, with some cast members directing scenes they’re not performing in. Relationships portrayed take some humorous tones, and some take a slightly more dramatic approach.

With the production of “Almost, Maine,” there are six students cast in the show. Austin students will explore love and loss in the 2004 play that first premiered at the Portland Stage Company in Portland, Maine, where it broke box office records and received critical acclaim. 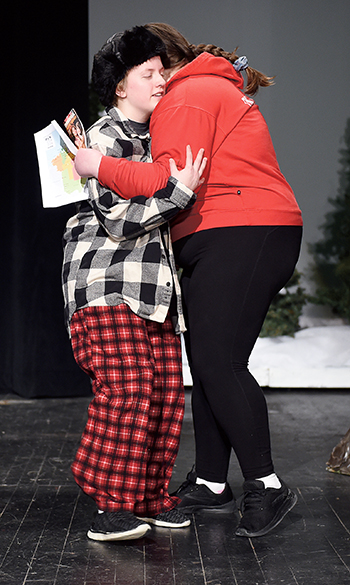 Working around the inconveniences caused by weather was a challenge to those who were performing, but director Gordy Handeland shared that spirits were still positive toward the performance set to take place.

“It’s fun to watch students direct their fellow students,” Handeland said. “They are doing a great job. With students having work and other school conflicts, scheduling rehearsals are always a challenge. The nine lost days due to weather really hurt our rehearsal schedule.”

Originally, the play was supposed to open on Feb. 14, but was pushed back two weeks because of the inclement weather that the majority of the state had to contend with. Now the play is set for its opening night at 7 p.m. on Friday, March 1, and will run through Saturday, March 2, with two separate performances at 2 p.m. and 7 p.m. Tickets for students will cost $5 and adults will cost $7. The show is estimated to run between 75 to 80 minutes.

“I think the audience will appreciate the different little stories in the show,” Handeland said. “Several of the actors really get to show off their acting skills.”