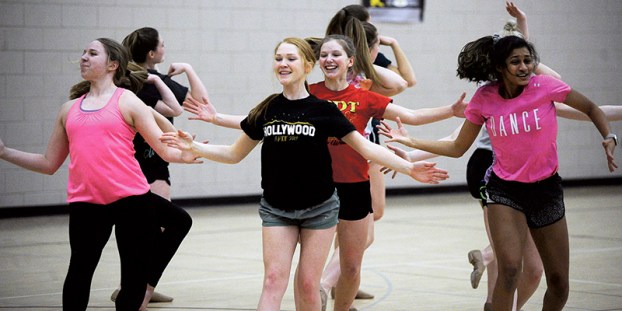 Smooth Jazz: APDT will compete at state on Friday and Saturday

For the first time in 10 years, the Austin Packer dance team will be competing on both days of the Minnesota Class AA State Dance Meet in Target Center this weekend.

The Packers are competing in the high kick portion of the meet for the 17th straight year, but it will be the first time they compete in jazz at state since 2009.

The Packers finished fifth in the high kick at last year’s state meet, but they certainly weren’t resting on their laurels this season. Austin  senior Baylee Phillips said she’s never worked harder on a team than she did this season. 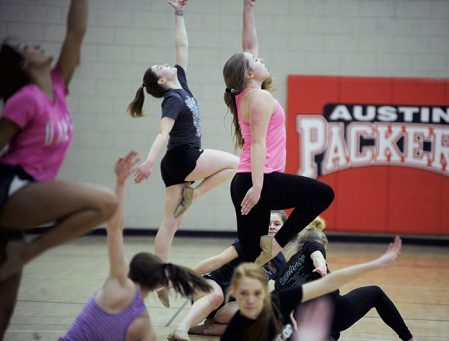 “It was amazing (this year). Each day we were worked harder and harder. Our goal at the beginning of the season isn’t just to go to state, it’s to put out our best on the floor in every competition,” Phillips said. “At sections, we went out there thinking that it was our last competition and we just gave it everything we had. When we came off the floor it was nothing but happy tears and happy emotions because we knew that we did our best.”

Austin head coach Kayla Sellers said that this year’s team has been very self-motivated and they’ve put on their best effort throughout the year. The Packers especially put forth an effort in jazz competition after taking fourth place at the Section 1AA meet last year and missing state by one spot.

“I feel like we’ve really slowly progressed in jazz every year, thanks to Madeline Rohr, our wonderful jazz coach, she’s pushed them even harder every single year,” Sellers said. “Her choreography is really unique and exciting and the girls have really stepped up and embraced the challenge. They never said no and they’ve improved every year.”

Austin senior Madison Lang said last year’s fourth place finish pushed the team towards working even harder to get to state in jazz this season. 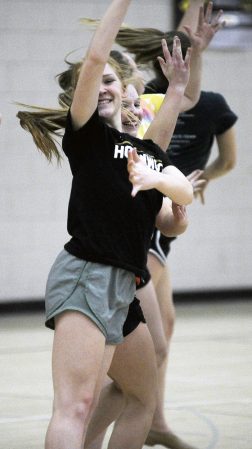 “We’ve all wanted to do our best, and that happened to be what we needed to do this year,” Lang said. “We got to state by doing our best. I never thought that we would even have a chance. With us getting so close last year and then making it this year, it’s been unbelievable.”

While the Packers have been going to state before most of this year’s team even started kindergarten, Austin senior Jori Johnson said the team never takes it success for granted.

“You never know what you’re going to get at sections and you don’t know what the outcome is going to be. Once we hear our name called, for first second or third, we’re beyond excited,” Johnson said. “We learned that strength doesn’t come from the things that you’re bodys comfortable with doing, it comes from the things outside of your comfort zone.”

However they finish, the Packers are going to leave it all out there.

“We feel like giving up, but we never do, because We push each other to the limit,” Phillips said.

Austin grad Madison Overby anchored a record setting relay team and she broke a record of her own for the... read more