The Henricks Family is deeply saddened by the death of Ronald F. Henricks, 77, who passed away on Monday, Feb. 4, 2019, at Rochester West Health Services in Rochester, Minnesota, after a long illness.

He was born on Jan. 27, 1942, to the late Fred and Thelma Henricks of Austin, Minnesota. Ron will be remembered for his rich kindred spirit, great dance moves, enjoyment of large family gatherings (especially Christmas, when he bought an individual gift for everyone), his annual fishing outings with his father and brothers, and annual deer hunting outings in Minnesota with his brothers and nephews. 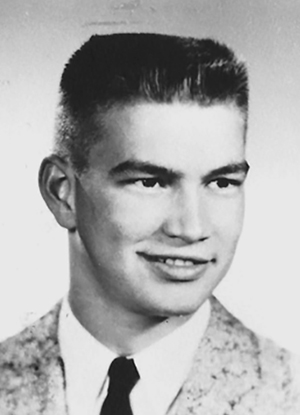 He was proud of his employment by IBM for over 30 years as a financial analyst. His career started in Rochester and took him to Boca Raton, Florida, and Grapevine, Texas. Within those 30-plus years, he earned special achievement recognitions and awards. Born and raised in Austin, Ron graduated from Austin High School in 1960 and served in the U.S. Air Force in Texas from 1961 to 1965. In 1968, he married Nancy Jacobson and they had a daughter, Rhonda Henricks Holland Klapperich. He attended Mankato State University and graduated with a bachelor of science degree in 1971.

In 2007, Ron moved to Chester, Iowa, so he could spend valuable time with his daughter Rhonda, his grandsons Jerred and Christopher, and his three great-grandchildren Sophie, Scarlett, and Carter. He loved serving on the Chester City Council and was the treasurer of the Lime Springs/Chester Fish and Game Club.  During his time in Chester he loved to spend his morning’s playing cards with “the guys!!”

Ron was preceded in death by his parents, Fred and Thelma Henricks; and three brothers, Thomas (Carmine) Henricks of Atlanta, Georgia, Herbert Henricks of Rochester and Phillip Henricks of Minneapolis, Minnesota.

He leaves behind his cherished daughter, Rhonda Henricks Holland Klapperich; grandsons, Jerred Holland and Christopher Klapperich; three great-grandchildren; his only sister, Mona (John) Moede of Naperville, Illinois; brothers, Gerald (Susan) Henricks of Farmington, Minnesota, and Theodore (Katherine) Henricks of Woodbury, Minnesota; sister-in-law, Christene Henricks of Rochester; and step-daughter and step-grandaughter, Wendy Smith and Lexi MacLean, with whom he maintained a strong, enduring relationship over the years. Ron was beloved by his numerous nieces, nephews, and cousins, whom he kept in touch with no matter where he resided.

The service to celebrate Ron’s life will be determined at a later date.