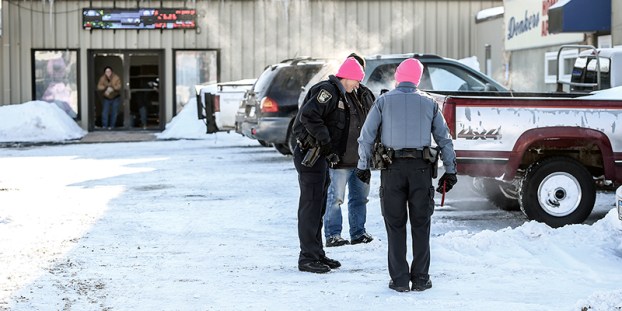 Austin police investigate the scene outside of Donkers Hometown Appliances after its front door was shot out this past February. Herald file photo

An arrest has been made in an incident at Donkers Hometown Appliances.

The incident occurred early Friday morning at the store located at 1107 First Ave. SW. The store’s front door windows had been shot at, with shell casings seen in a parking lot at the scene.

Due to an ongoing investigation, the details of the incident have not been released by the Austin Police Department; however, Austin Police Chief David McKichan was able to confirm that a suspect has been taken into custody and that there is not any threat to public safety.

McKichan said more information would be released on Monday. 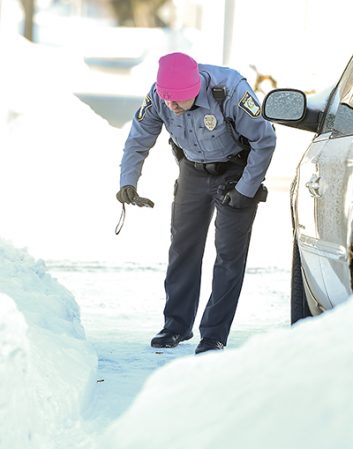 And Austin Police officer photographs a spent shell casing outside of Donkers Hometown Appliances Friday morning, where the front door windows were shot out. Eric Johnson/photodesk@austindailyherald.com

Here it comes again; The punches keep coming with a possible 6-10 inches of snow this weekend

It just doesn’t get any better. After Wednesday’s storm dumped over six inches on the area, another storm is ramping... read more