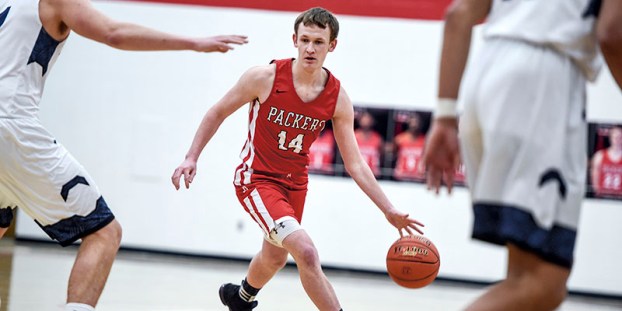 Austin’s Ryan Walters controls the ball outside the arc in the first half against Rochester Century Friday night in Packer Gym. Eric Johnson/photodesk@austindailyherald.com

Ryan Walters hasn’t had a lot of shot opportunities this season for the Packers, but he made a big one to get his team going as the Austin boys basketball team downed Rochester Century 79-56 on senior night in Packer Gym Friday.

Walters, who finished with six points, hit a three-pointer to start a game in which the Packers (18-4 overall, 17-2 Big Nine) never trailed.

It was a rare start for Walters and he took full advantage of it. 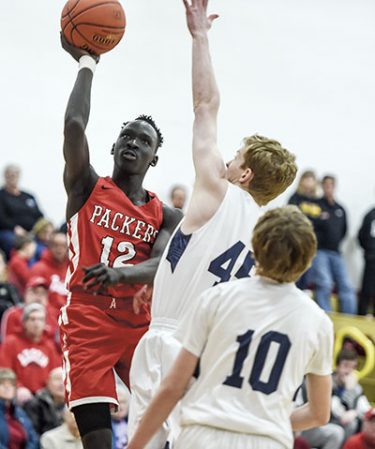 Austin’s Ngor Deng shoots around the Rochester Century defense Friday night in the first half in Packer Gym. Eric Johnson/photodesk@austindailyherald.com

“It was fun to get out there and get the crowd going right away. It was a blast tonight,” Walters said. “We’ve been playing well together this year and our time is coming to an end.”

The Packers have a eight seniors on this year’s squad and all of them saw the court in the win. Seven of them reached the scoring column.

“Sometimes senior nights can be a disaster and sometimes they can be pretty special. We’ll chalk this one up to the special category,” Austin head coach Kris Fadness said. “Ryan Walters, Jeremy Flores and Connor Byram have gotten very little playing time this year. They’ve worked hard every night and even though they haven’t played a lot, they’re very important to us. Tonight they didn’t try to show up anyone and they played Packer basketball.” 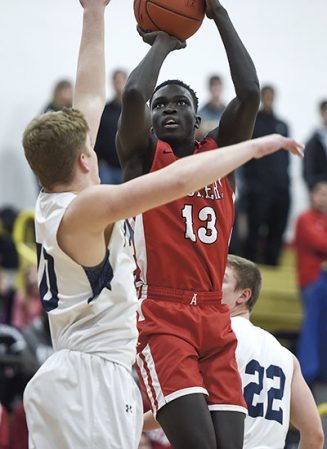 Medi Obang racked up 19 points, five steals and three assists for Austin and he got the crowd going when he threw a break-away lob pass to Agwa Nywesh for an alley-oop dunk that put the Packers up 52-37 with 12:41 left in the game.

Austin senior Gavin Owens finished with nine points in the win and he felt the night was a proper celebration for the Packer seniors.

“We’ve been playing together since fourth graders in AYB. Now we’re out there on varsity doing our thing,” Owens said. “Everyone of us does something unique and we’re all good at something.”

Austin has now won six games in a row over a span of 15 days. 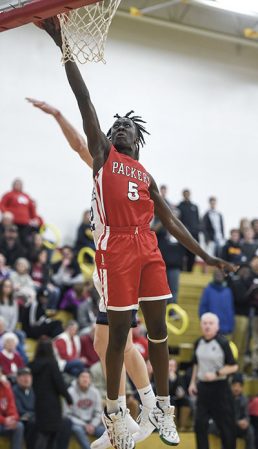 Austin’s Medi Obang with a lay-in against Rochester Century in the first half Friday night in Packer Gym. Eric Johnson/photodesk@austindailyherald.com

“When you’re playing as many games as we have in a short period of time, it’s hard to grind through all of the stuff,” Fadness said. “It’s hard on the bodies and it’s tough to get mentally ready to play every night.”

The Packers will travel to Saint Thomas Academy for an 11 a.m. game on Saturday before heading to Mankato East in a Big Nine showdown at 7:30 p.m. on Tuesday. 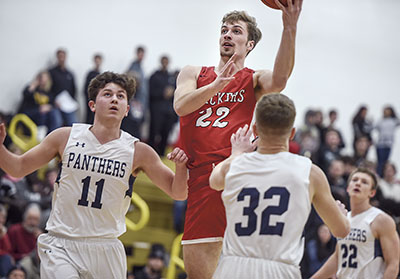 Austin’s Gavin Owens with the lay-up in the first half against Rochester Century in Packer Gym. Eric Johnson/photodesk@austindailyherald.com