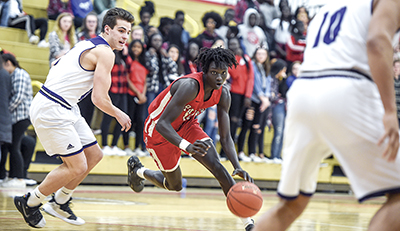 The No. 5 ranked Austin boys basketball team had 11 players score as it took care of business in an 84-47 win over Red Wing in Packer Gym Friday.

“I just wanted to make sure the guys built on what we did last night in terms of sharing the basketball and having fun out there together,” Austin head coach Kris Fadness said. “I give Red Wing credit. They made a barrage of threes there for awhile. They fought back, but we played well and I’m happy with our guys.” 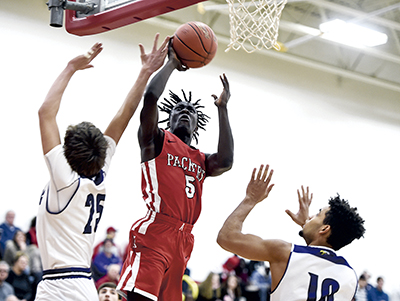 Austin’s Medi Obang with two through traffic against Red Wing in the first half Friday night in Packer Gym. Eric Johnson/photodesk@austindailyherald.com

Medi Obang paced the Packers with 21 points and Agwa Nywesh had 18 points, four rebounds and four steals. Ngor Deng also continued to find his shot as he hit three three-pointers and scored 15 points, to go along with five steals. Deng now has six threes and 27 total points in his last two games.

“We were just focused, we were locked in and we wanted to get the win,” Deng said. “We had a lot of fun out there and we came at them right away. My shot’s coming back and I’m feeling confident again. It feels good to be shooting well again.”

Austin sophomore Teyghan Hovland had five points off the bench, but once again he was active with five rebounds and he stayed on the move on defense.

“I just come in and do what coach wants me to do. I rebound and I get steals,” Hovland said. “The guys have brought me in and they’re really treated me like family We really work well together.” 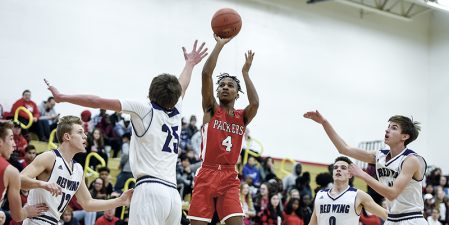 Austin’s Pierre Lilly with the running floater in the lane during the first half against Red Wing Friday night in Packer Gym. Eric Johnson/photodesk@austindailyherald.com 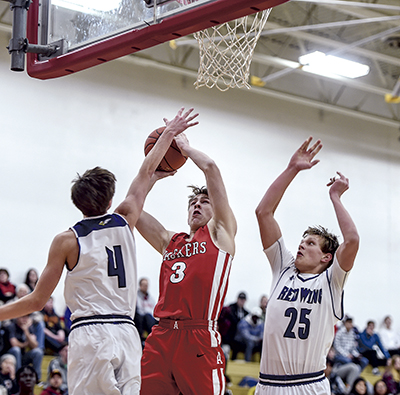 Austin’s Teyghan Hovland battles for a lay-up in the first half against Red Wing Friday night in Packer Gym. Eric Johnson/photodesk@austindailyherald.com

‘A positive reception’; City Administrator speaks to legislators on…