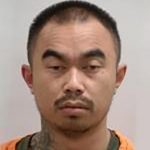 According to one court complaint, a Minnesota State trooper was on patrol at 10:03 p.m. on Thursday in Austin when he spotted a 2006 Toyota Camry driving north on Eighth Street Northeast that had no light illuminating the rear license plate. The trooper initiated a traffic stop near the 900 block of Fourth Avenue Northeast and asked the driver, later identified as Rocky Phathaem, for his license. Rocky said he did not have his license and identified himself as “Anthony Ron Kahaoone” with a date of birth of Aug. 16, 1989.

The trooper observed that Rocky’s eyes were glossy and his speech was slurred. He also appeared very nervous. The trooper ran the identification information, which came back as “not on file.” An Austin police officer arrived on the scene to assist in identifying Rocky, who gave the same name with a different date of birth. The information came back as someone with a driver’s license; however, Rocky did not match the photograph on the license. 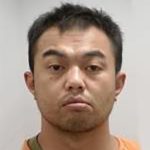 Believing Rocky to be under the influence of a controlled substance, the trooper ordered Rocky out of the vehicle. He then made Rocky conduct four field sobriety tests, three of which he failed. After the tests were administered, the officer learned Rocky’s true identity and placed him under arrest for an outstanding warrant on a misdemeanor domestic assault charge.

A deputy arrived on scene and assisted in searching the Toyota. Law enforcement found 11.1 grams of methamphetamine and an ecstasy pill (MDMA).

During the stop, a 2004 Chevrolet Tahoe pulled into Reed’s Fourth Avenue Food and Fuel at about 10:45 p.m., according to a second court complaint. The deputy saw the driver was Michael Phathaem, who had a revoked license. The deputy made contact with Michael, who said he was picking up someone from work and knew he did not have a valid license.

The deputy observed that Michael’s pupils were slow to react to light and he displayed very fast body movements. He asked Michael to step out of the vehicle and perform field sobriety tests. Michael refused and accused the deputy of harassment before telling him to arrest him. Michael was handcuffed and placed in a squad car.

Law enforcement searched the Chevrolet and founda  backpack behind the driver’s seat. In the backpack they found:

They also found two MDMA pills elsewhere in the vehicle.

At the Mower County Jail, Michael provided a urine sample that was sent to the Bureau of Criminal Apprehension laboratory for analysis. Rocky, however, refused to provide a blood or urine sample despite law enforcement having a search warrant.

Both will appear in court again on Jan. 31.

Finding something in nothing: Mike Ankeny creates lamps out of whatever he can find